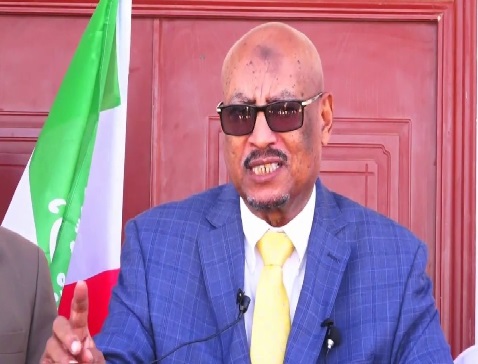 The chairman of Justice & Welfare party has asserted that Somalia is determined to sell Somaliland’s territorial waters and blamed for this to the ministry of foreign affairs which has failed to discharge its duties. Mr. Faisal Ali Warabe also warned against the formation of marines by IGAD members. He said that IGAD issued a press statement on the 4th of April which stated the creation of Marine Task Force for the Red Sea and the Gulf of Aden. He accused of Somalia’s foreign affairs of selling Somaliland’s territorial waters. He put all the blames on the leadership of president Bihi and his foreign ministry which failed to deal with the world over Somaliland waters. Mr. Faisal, UCID’s chairman has also pointed an accusatory finger on Farmajo and Khaire regime which came to power under the ticket of nepotism is auctioning Somaliland waters which is unacceptable. He stated that Somalia sold its sea to China and that it auctioned its oil reserves to int’l firm which is unspeakable act. Mr. Faisal has strongly protested against the few individuals who are exploiting Somaliland resources. He urged Somali residents to revolt against the two corrupt leaders.