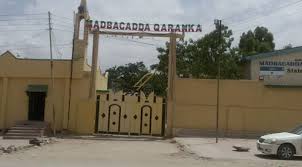 HARGEISA— Two Somaliland government officials arrested for corruption charges according to reports coming from Hargeisa. Ex-manager of national printing agency, Mr. Said Salah Shire and Mr. Abdikarim Abdilahi Omar who was in charge of the controller department. The above mentioned former gov’t officials have been arrested by the auditor general office and is due to be brought before a trail. They committed corruption while they were in charge of the printing agency. The government has not so far issued a statement concerning the apprehension of the officials.