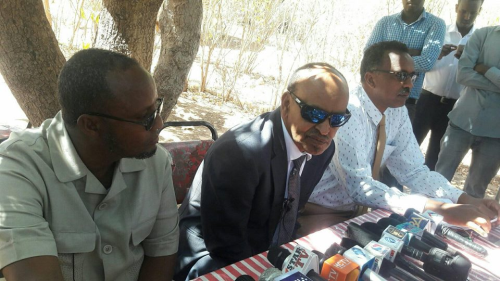 Former Senior Members of Somaliland’s governing of Peace, Unity and Development party-Kulmiye who were expelled from the ruling party announced a new faction who will strive to rectify the errors within Kulmiye party.

Former Central Council Leader, Hon. Jama Shabel aka “Jama Shabel” and Prof. Abdi Ali held a press conference in Hargeisa on Saturday in which they have announced the creation of the Rectification faction with in the ruling Kulmiye party.

The announcement of the rectification wing which defected from Somaliland’s ruling party coincided with the governing party which is gearing up holding its central council committee gathering in Borama.

The expulsion of these members and others who are not yet announced they have joined the group will be a huge blow to the party.