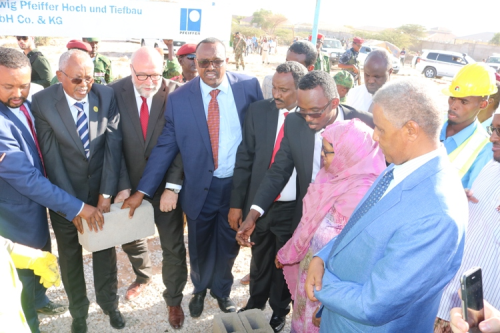 The Vice President together with Hargeisa Water Agency manager launched yesterday the second phase of Hargeisa Water pipeline expansion supply. The mission behind this project is part of the government’s drive to bring services to the people who live in the capital. The VP laid the foundation stone of the commencement of second phase of the water expansion project in Hargeisa. There are a lot of questions raised over the realization of the project which is aimed at providing adequate water to residents in capital as previous funds were misappropriated.