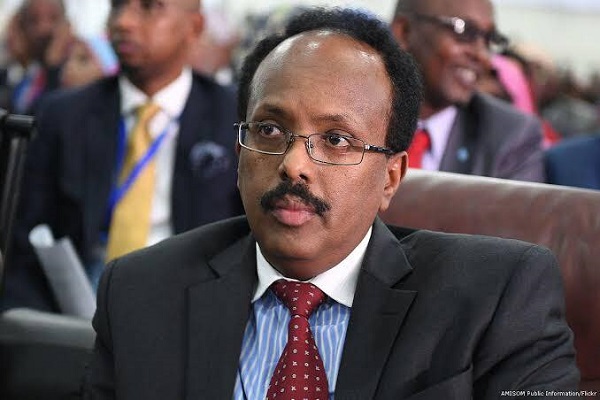 He will be meeting with Prime Minister Abiy Ahmed, was in South Sudan earlier today, to discuss matters related to bilateral and regional issues, according to state media which cited ministry of Foreign Affairs sources.

The source described Somali president’s visit to Ethiopia as ‘part of Prime Minister Abiy Ahmed’s diplomatic effort to promote peace and economic integration in the region.

On February 20, 2019, Somaliland President Muse Bihi Abdi visited Ethiopia, and reportedly accepted Abiy Ahmed’s call for to work cooperatively with the Federal Government of Somalia and to strengthen regional integration.

Federal Government of Somalia took Somaliland’s president acceptance to work together in a positive light calling it ‘ a step in the right direction.”

It is unclear if Somali president, Farmajo, trip to Ethiopia is partly related to the latest diplomatic development.