Somaliland has maintained that Somalia recognizes its independence as the leadership of the two countries met in a fresh round of talks in Djibouti on Sunday.

A delegation including Somali President Mohamed Abdullahi and Somaliland leader Muse Bihi Abdi, as well as Ethiopian Prime Minister Abiy Ahmed, arrived in the East African country of Djibouti on Sunday morning and headed straight for the talks chaired by Djibouti President Ismail Omar Guelleh at the presidential palace.

This historic meeting was witnessed by the US Ambassador to Somalia Donald Yamamoto, AU representatives, the Secretary-General of IGAD and a host of other dignitaries.

While those present agreed on the need for peace and reconciliation between the two countries, Somaliland president said this will only be achieved if Somalia and by extension the international community recognized his country’s sovereignty and independence.

“The act of recognizing and supporting the independence of Somaliland would go a long way to heal the wounds of the past and enable our two states to embrace each other in our independent but closely interwoven futures,” he said.

President Bihi reiterated that any resumption of dialogue between his country and Somalia must ‘be a 2 State process with a substantive agenda that addresses the core issue of the dispute’.

He also pointed out that since Somalia did not honour of the earlier agreements reached, Somalia’s sincerity in any future dialogue could not come to fruition.

The two sides met in at least seven rounds at London, Dubai, Ankara, Istanbul and Addis Ababa at the end of some which clear, potentially productive agreements were signed.

“Today,” he said, “how can we proceed to this dialogue if the previously signed agreements in London, Istanbul and Djibouti were not implemented yet?”

Bihi delivered a speech on a wide range of issues, extending to the broader history of the Republic of Somaliland and its government, and clearly outlined the full democracy, transparency and achievements of Somaliland since it restored its independence.

A communication from the Djibouti president stated that the meeting was to help the two leaders from Somalia and Somaliland to resume dialogue on the relationships between the two countries.

“The leaders recognize the importance of Djibouti’s role in peace-building and peacemaking in the region.”

“Prior to this historic event, Several rounds of negotiations were undertaken in the past with little progress.”

Another key issue that was agreed on was to cease politicizing development assistance and investment.

Last week, the two governments had a bitter exchange over the role of DP World in the expansion and development of the Somaliland Port of Berbera.

Somaliland government told Somalia to keep off its internal affairs after the latter’s minister for foreign affairs Ahmed Isse accusing DP World’s continued operations in Somaliland as a danger to his country.

Somaliland broke away from Somalia in the early 1990s after the eruption of civil war and has since been pushing for international recognition that would allow it to source funding and aid from financial bodies such as the World Bank and the International Monetary Fund. Several rounds of talks between the two countries have failed in the past. 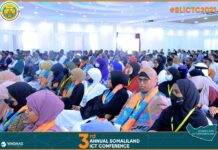 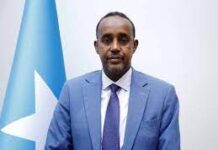