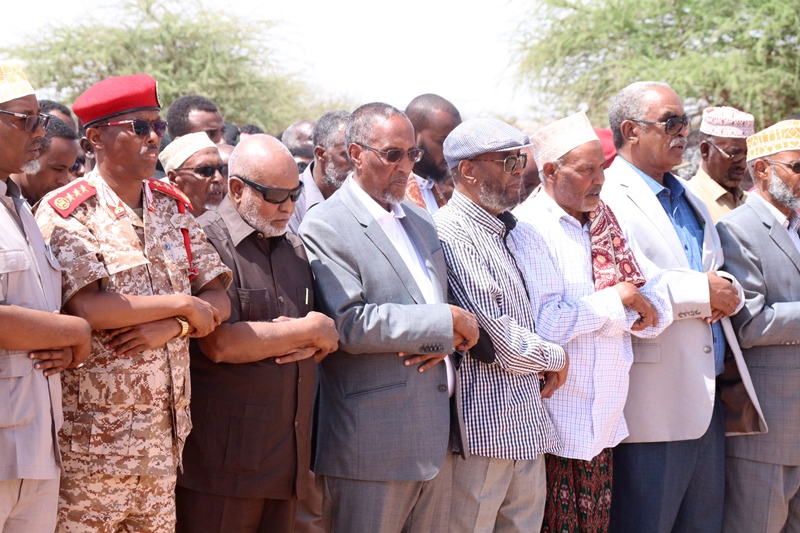 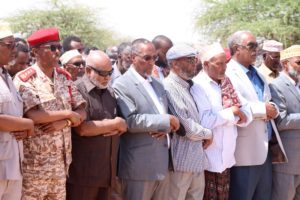 The head of state H.E Musa Bihi Abdi attended the burial of a prominent businessman. The late Jama Noor Hassan Warfa was laid to rest at Baqi’i cemetery situated north of the capital city of Hargeisa. The businessman is counted amongst the few people who instrumental in the promotion of Somaliland agenda of independence from the Somalia regime.

The president was accompanied by the chairman of the House of Elder Hon.Suleiman Mohammud Adam aand top lieutenants in his administration. A congregation of mourners prayed the burial prayer at the graveside.

The president eulogized the late Jama as a man of principles who sacrificed much for his motherland. “The late Jama was a very generous person whatever he was asked he gave until he died a poor ma. May Almighty Allah have mercy on his soul and shower him with everlasting bliss.”