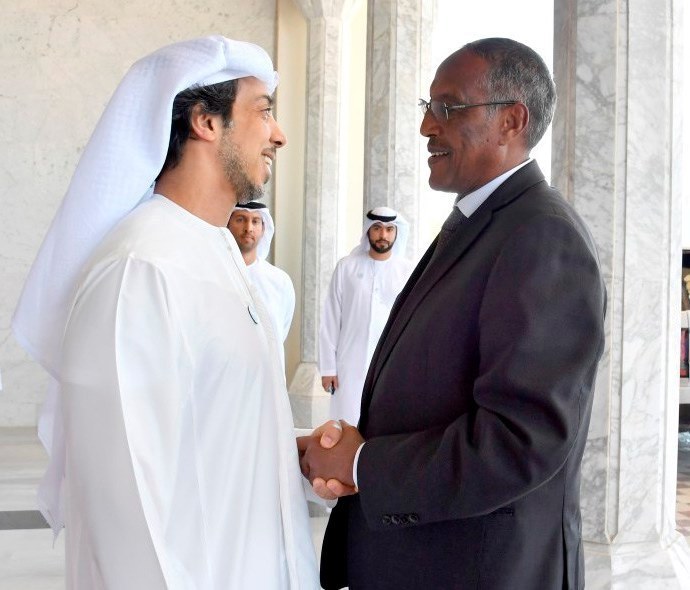 The Somaliland President Muse Bihi Abdi and his delegation held a productive discussion with the Deputy Prime Minister of the United Arab Emirates, Sheikh Mansour Bin Zayed Al-Nahyan. Sheikh Mansour is also the Minister for the Presidency.

The meeting which took place in Abu Dhabi covered several areas of mutual interest between the two parties including, strengthening the ties between Somaliland and the UAE, the security in the region, trade and investment, support for infrastructure projects, such as the Berbera Corridor highway, and the easing of the travel process between the two countries.

The Somaliland delegation led by President Muse Bihi thanked the United Arab Emirates for their continued support of the Somali peoples in the region and praised the historic and enduring ties between Somaliland and the people of the UAE.

Somaliland has recently provided the United Arab Emirates land for a military base, including harbour facilities, as well as, access to the Berbera Airport which has the longest runway in the Horn of Africa. Work on the base is expected to be completed towards the end of this year.