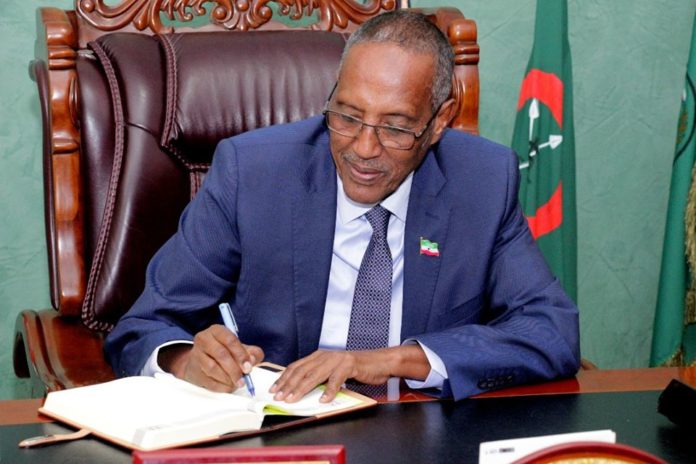 The Head of State has not cited the reason for their dismissal but it is widely believed that corruption was rampant in the ministry of information which anti graft authority conducted probes.

Mr. Abdiqani Mohamud Ateye, the current justice minister was shifted as the new minister in charge of defense.

Mr. Abdirisak Ali Abdi Salah was appointed as the new minister responsible for the justice.

Mr. Abdinasir Omar Jama Rooble was appointed as the assistant minister for information.

Mr. Mohamed Yusuf Ismail is the new director general of the ministry of water resources.

Mr. Jamal Abdi Muse Direi was appointed as the new DG of the ministry of constitutional affairs.

Mr. Mukhtar Mohamed Ali has been named as the new DG for information ministry.

Mr. Farhan Adan Haybe has been named as the new manager of Somaliland’s Civil Service Commission.

Mr. Sharmarke Ahmed Mohumed Gulied was shifted to the deputy Somaliland representative to the Kenya.

Mr. Mohamed abdilahi Ibrahim has been named as the new deputy governor for Togder.