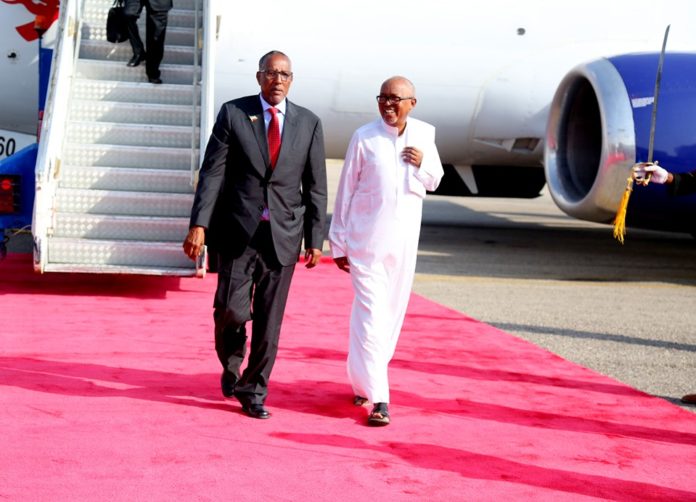 President Musa Bihi Abdi has returned to country safely following a four-day successful  visit to the Republic of Djibouti. The President and delegation touched down Friday, at Egal Int’l Airport.

Somaliland leader left from the country to honor an invitation extended him by his Djibouti Counterpart, His Excellency Ismail Omar Guelleh.

The Deputy President of Somaliland, ministers, armed chiefs and other govt officials have greeted the delegation headed by Somaliland president Musa Bihi Abdi.

The visit embarked by President Bihi to the neighboring country was a working trip where he received a formal invitation from Djibouti leader.

Mr. Faraton, the FM stated that issues that were high on the agenda of the talks were to cement the brotherly ties between the two countries which were of mutual concern.

The FM has further disclosed that the president of Somaliland was cordially received where he was treated with the red carpet. 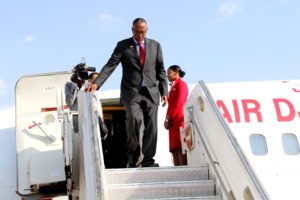 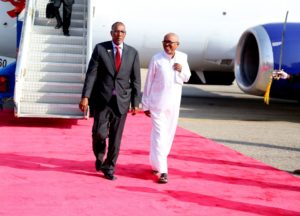 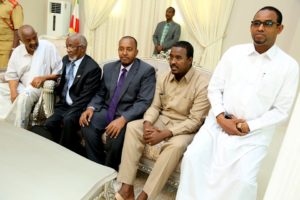 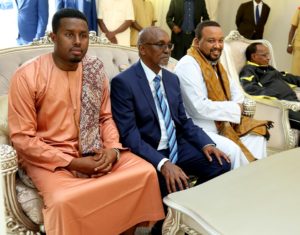 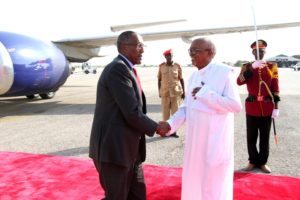 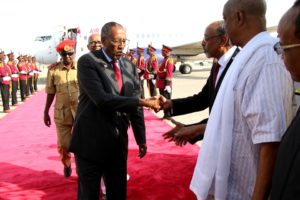 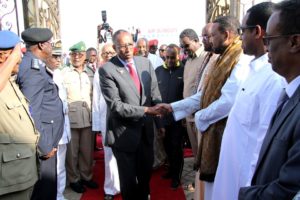 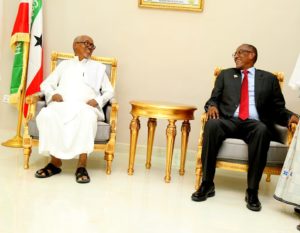