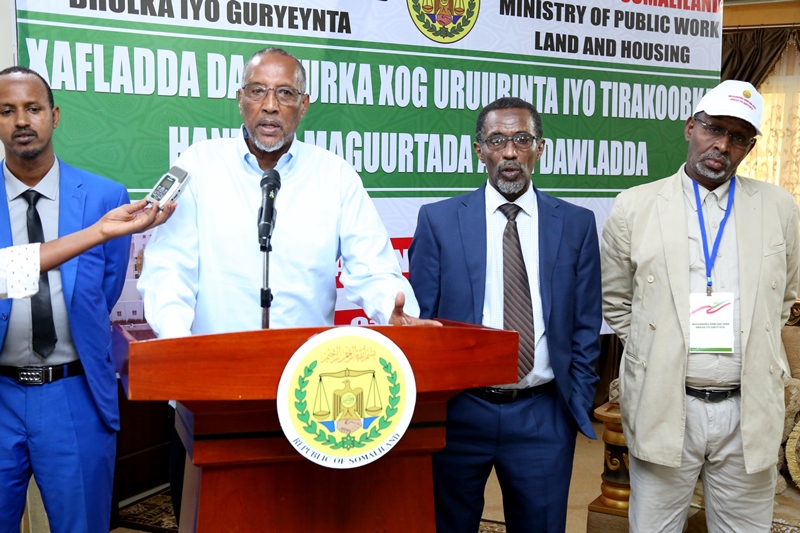 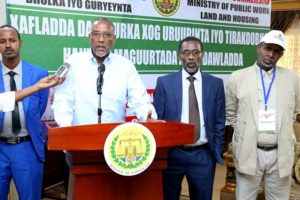 The Head of State of Somaliland His Excellency Musa Bihi has on Saturday inaugurated the census of government’s fixed assets which will be conducted in nationwide. The ministry of public works, land and housing is in charge of conducting the systematical recording of nation’s assets across all provinces of Somaliland. The launching ceremony was held at the presidential mansion which saw the attendance of minister of public works, land and housing, Hon. Abdirashid Du’ale Qambi, presidential adviser on social affairs, Hon. Abdiwahid, director general of the ministry of housing, land and public works, Hon. Elmi Abdirahman Ashur, the director general of the ministry of the presidency, Mr. Mohamed Ali Bile and other ministry staffers.