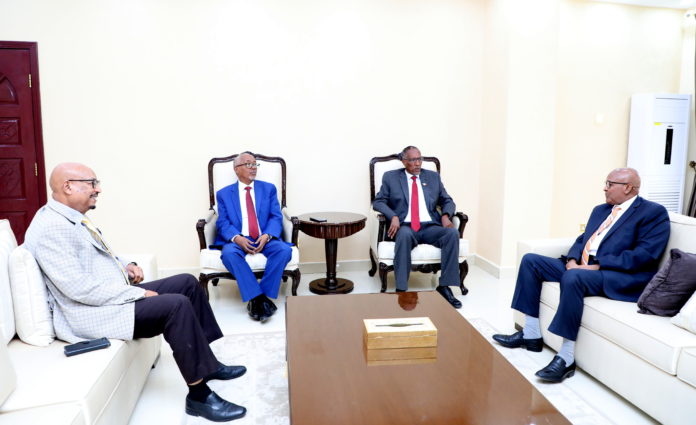 The President and the two opposition leaders have discussed issues of high importance and reached a common understanding of issues raised.
They have seen eye to eye the following points:-
1. They have agreed upon that the national political parties must work together to see the possibility of holding elections in the state
2. They have agreed in principle that the three political parties must figure out the best way to overcome election constraints.
3. They saw eye to eye that the three political parties must get down to business seriously in order to implement the three point resolution that the mediation council had issued as the best way to end to protracted squabble on polls.
The President and the two opposition leaders have further consented to return to their parties for further consultations.
Finally, the President and the two opposition leaders agreed to hold further meetings later to address the unfinished business. The Mediation Council had issued three point resolution. 1. They called upon the disbanding of the current national election commission. They called upon the reinstatement of previous NEC. They urged the opposition to respect the authority of the presidency, the council of ministers, and the legislative bodies in Somaliland.