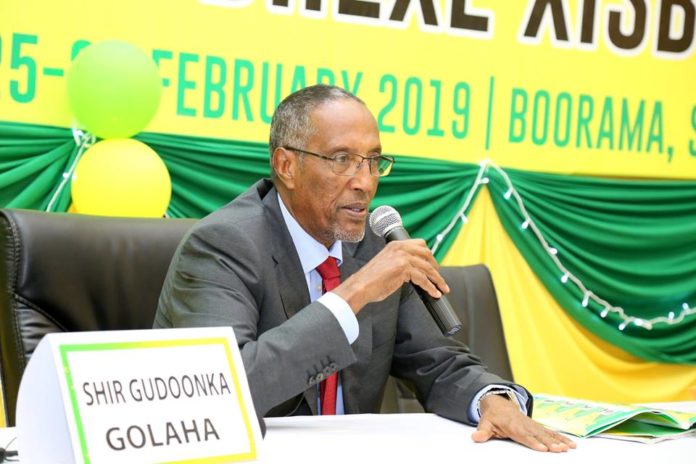 The incumbent president of the Republic of Somaliland H.E Muse Bihi Abdi has attended the annual central committee convention for the ruling party, Kulmiye which is held at Borama.

Taken place under the auspices of president Bihi, who is the torchbearer of the party, the convention was commenced as a calm session which is aimed at re-examining and inferring the milestones reached and the challenges ahead so far.

Among those attending are honorable members of the House of Representatives, party members are drawn from all over the country, distinguished guests, representative of the official political organization and delegates from Turkey, Ethiopia and Djibouti.

The President during the opening of the sixth convention of the ruling party central committee spoke about the purpose of the central committee meeting, the party undertaking the nation’s responsibility to carry out its duties and his government to determine what the government has achieved and the plans for the future in store. “Honorable delegates are here today to infer whether we have achieved the milestones that we had promised during our rallies,” said President Bihi while addressing at the Convention.