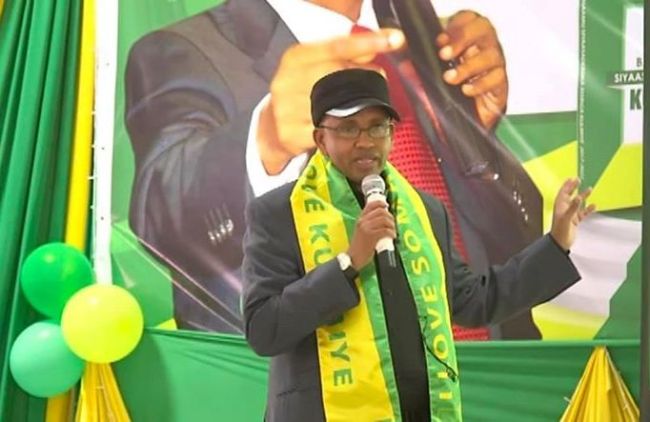 For the first time since the republic of Somaliland seceded from the former Somali republic, Somaliland politician has formed a political party in Somalia to contest the election set for the country next year.

Furthermore, the part is led and established by a prominent activist of SL incumbent party Kulmiye.

Mr. Osman Abokor Dubbe, a former lecturer at the University of Hargeisa has declared (HILOW) party in Mogadishu yesterday.

In a press conference, Mr. Osman said the party stands for Peace, Prosperity and Unity.

The main goals of the new party, he said is to achieve a genuine reconciliation, reunification and reconstruction.

The doctoring of the party is also alluded with its name HILOW which means longing Somali.

Osman was an activist in SL’s incumbent Kulmiye party. He was one of the politicians who drafted the party’s platform in the last presidential polls.

It is not yet obvious if he had severed his ties with Kulmiye party and government.

Politicians from Somaliland have held high ranking positions in Somalia since the two enclaves parted ways in 1991.

However, it is the first time that a politician from Togder region where Somaliland independence was declared in 1991 leads a political party in Somalia.