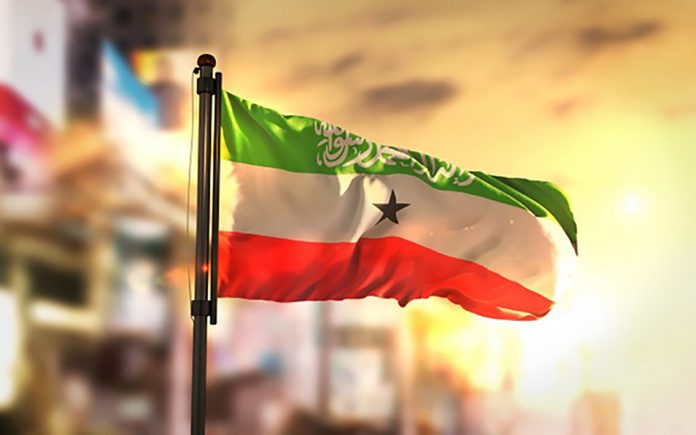 We, the undersigned Somalilanders, issued today, 18th May 2020, the Peoples’ Declaration:

Today marks the 29th anniversary of the day the restoration of independence of Somaliland was declared in Burao by delegates representing all the regions of Somaliland. The objective and goal for establishing a separate sovereign state were to found “a state appreciated by all, and which is founded on equality and justice” as enshrined in the Constitution of Somaliland. According to the Constitution, the statehood established by the people of Somaliland is built on the following principles:

We recognize the sacrifice the people of Somaliland make to strengthen peace, stability, coexistence, and improvement of life and the huge achievements made which attracted well-deserved international praise. We also believe that it is imperative to examine if the government of Somaliland is functioning in accordance with the will and goal of the people as stipulated in the constitutional principles of equality, justice, democracy, checks and balances and protection of freedoms and human rights.

The delegates who declared the independence of Somaliland on 18th May 1991 and the people who voted for the Constitution in 2001 agreed the government to be free from the deadly deceases including clannism, favoritism, nepotism, and polarization. They also agreed on the protection of freedom of expression, equal participation in politics, and civil rights.

On the contrary, abuse of power, imprisonment of politicians, and repression of media, politicians, and members of the public who express their opinions are very common in Somaliland. The independence of the judiciary and separation of powers have been severely violated and critical members of the Parliament and members of the opposition parties are arrested. Aid and projects in the government budgets are not allocated justly and with equality for consideration of all the regions of Somaliland.

In clear violation of the founding principles, the thinking and actions of the government of Somaliland are grounded on clannism, favoritism, and nepotism. Employment and other opportunities are tinted by the spoils system. Similar to pre-1991 Somalia, the government is concentrated in a single region, Hargeisa. Except the tax authorities and the security forces, decentralization of administration does not exist in regions, and services are remote from the people.

All citizens who were born in 1991 and after have never voted for members of the Parliament that are supposed to represent them. Unemployment is soaring, inequality and injustice deepened and democracy and respect of freedoms and human rights are in decline.

Consequently, the country became unintegrated politically, economically, and socially in terms of the development of general consensuses, closing gaps that exist between regions and national unity and inclusiveness across the country have been hampered.

Therefore, the signatories of the Peoples’ Declaration call on the government of Somaliland to return to the social contract, respect the constitution, and to come round to democracy, equality, and justice. 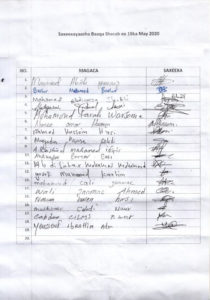 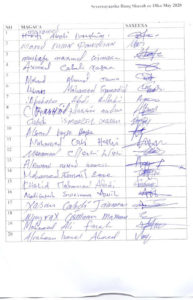 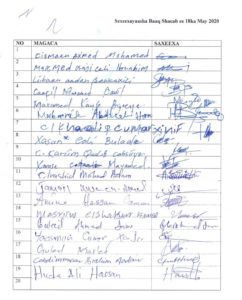 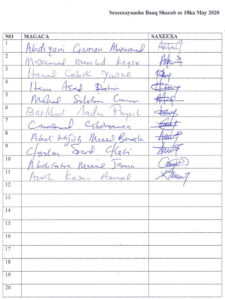 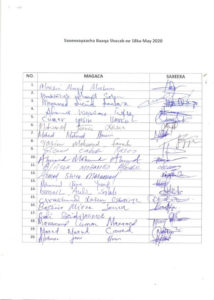 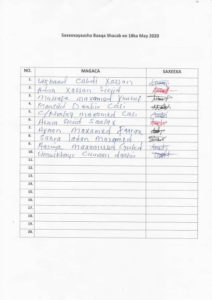