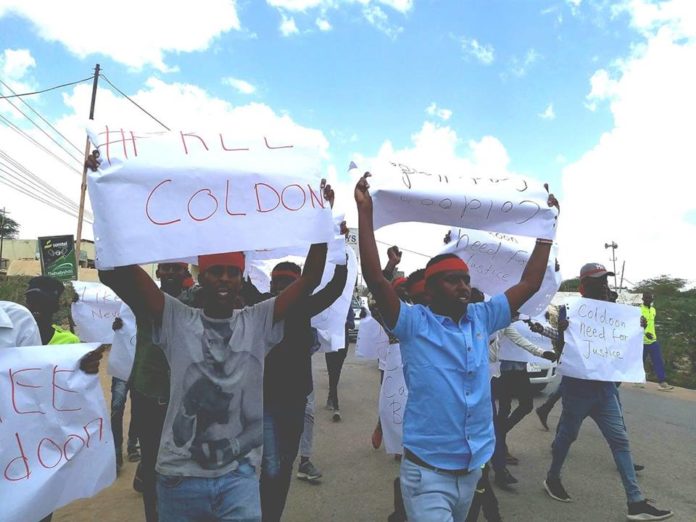 BURAO–The young demonstrators marched the main streets showing their anger over the captivity of journalist and blogger, Oldon in which police arrested him on Wednesday night. Elders have told the protests to peaceful express their wrath and not to resort to violence. Tension is reported to be running high in Togder’s provincial capital as far as the apprehension of Mr. Oldin is concerned. The marching youngsters were carrying banners reading “Free Oldon”. Somaliland security forces were snooping the whereabouts of the blogger who has been hiding from the police. The detained blogger will face justice over maligning stories that he covered on Abaarso Tech School.