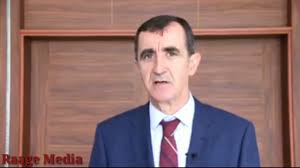 The European Union envoy to Somalia, Hon. Nicolas Berlanga has urged the national political parties to come up with clear, derailed timetable for mid-2020 election in Somaliland.
Mr. Berlanga was speaking in a press briefing yesterday after conferring with the three political parties and the mediation council.
The EU envoy spoke on behalf of the EU and IGAD delegation that was dispatched to Somaliland in order to engage with the stakeholders.
In the first place, he thanked and congratulated the work that the mediation council- a home grown initiative- the work that the council had done for the last weeks..
“They have set a very good example not only for Somaliland but for others in the region.” said Nicolas Berlanga
The EU envoy further noted that speaking on behalf of the UN and others who gave them the capacity to represent.
He spoke of the reactivity of the political parties that had accepted the proposal put on the table by the mediation panel.
” We believe that this is time that the citizens of Somaliland were waiting for. WE believe that there is no winner or loser in this proposal but the general interest of the public.” added Berlanga
“Finally, we really like on behalf of the international community and partners to encourage the political parties to sit together and set up a calendar for implementation the proposal of the meditation committee. This calender should be clear, detailed and lead Somaliland towards parliament and local council polls as soon as possible by mid 2020.” stated Nicolas
He expected that the current National Election Commission and the Parliament should stay at the level of commitment and engagement in favor of general interest we have seen from the mediation committee and the political parties.