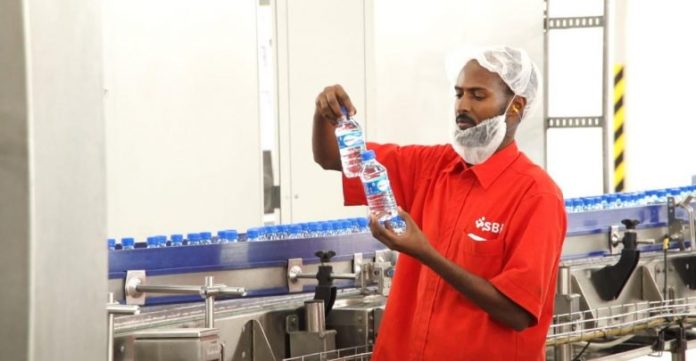 As Somaliland celebrated its 28th year since parting ways with Somaliland last week, President Muse Bihi sent an invitation to corporates worldwide to venture into the country and invest.

But one company that has maintained its confidence in Somaliland is Coca Cola.

Somaliland can pride in producing its own soft drink beverages and milk despite the country standing out as the forgotten state with no foreign aid, its passport not recognized nor its boundaries.

Built 40 kilometers from the capital Hargeisa in Jalelo, the Coca Cola company has offered employment not only to locals but also expatriates who offer the much needed technical assistance and knowhow in production and management.

Coca-Cola Co. opened the $15 million bottling plant in Somalia’s breakaway enclave of Somaliland as part of a plan to win more African consumers by investing $12 billion in the continent by 2020.

Ahmed Guelleh, the chairman of Somaliland Beverage, says the plant has helped the breakaway enclave to build a manufacturing capacity.

“We can actually see life in this town. Our sons and daughters now have some income thanks to the construction of this company,” said Abdihalik Mohammed who was played a role in rebuilding Somaliland after the 1990 attack by the then Somali dictator Siad Barre.

Coca Cola and Somaliland Beverages  remains the biggest foreign direct investment (at the time) in the country’s history.

Prior to SBi, Coca Cola fizzy drink products were imported in masses from neighbouring Yemen via multiple spot traders. Somaliland is a very price sensitive market so the fact that SBi undercut imported Coca Cola goods (by around 40%) underpinned their success.

The company found the right location at the capital city of Somaliland Hargeisa which suffers from a chronic shortage of water. SBI found and secured its water supply after drilling for six months across 200 sites.

The company also brought in local graduates from local colleges/universities – in our view this is a very important thing on a number of fronts. Newly created jobs not only provide a chance for these local graduates to build a sustainable career, but it gives hope to thousands of other students right across the country.

It has expanded range of products. Since opening with Coca Cola brand fizzy drinks, SBi have since expanded to mineral water with their flagship brand Dasani now arguably the #1 brand in Somaliland. SBi also opened a water bottling plant in Burao (Somaliland’s 2nd largest city in the Togdheer region) – once again generating new job opportunities.

Jacob Obiero, a Kenyan took what he terms as a tough decision to relocate here to Somaliland and head it. Obiero is the technical of the SBI company in Somaliland.

“At first, I was very skeptical about coming to Somaliland. My fear was this is a country at war but I was shcocked when I arrived here,” says Obiero.

Obiero says he loves the place and the many opportunities in different sectors found in Somaliland not only in the manufacturing but also in telecommunication where companies like Somtel and Telesom have carved a niche.

“SBI has opened the construction industry in this country. We are now seeing other companies coming up. The rebuilding of the port of Berbera is another big story in this country,” says Obiero.

The company has created job opportunities for the local community states Obiero adding that this has transformed the lives of the hitherto poor locals.

The community has benefitted in form of employment in capability development –90% is locals…which has transformed the people,” he observes.

For the community members here, the factories have opened up opportunities they would not have got.

One of the locals is Abdirahman Ibrahim, the production manager who was lucky to be selected in the village to go and study in Malaysia by the company. He came back and was offered a job, and with time has risen to the ranks to become the

Somaliland considers itself an independent state , but internationally recognized as a breakaway from Somalia.

Despite current little international recognition in the past 28 years, Somaliland operates with its own currency and government system.

And everyday its own nationals work to uplift it further.

Coca-Cola has at the same time Provided Clean Water for 50,000 Internally Displaced People in Somaliland