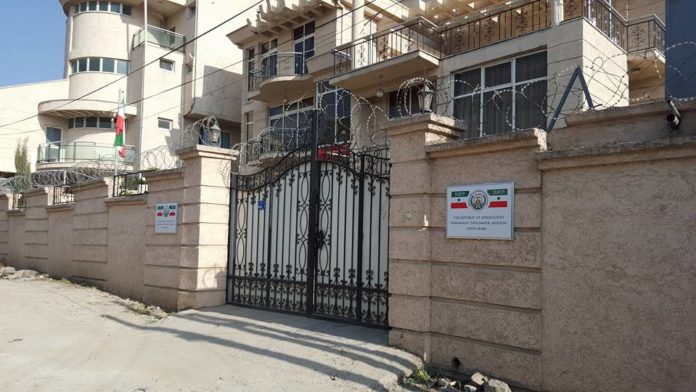 The son of the late Hassan Abdulle Walanwal, “Kayd”, who was among the Somaliland Sandhurst trained officers that tried to restore sovereignty in 1961 and letter served as ambassador to Oman in the defunct Somali Republic, Salan Hassan Abdulle was born and raised in Somaliland. Educated overseas, Salan Hassan returned to the region in the 1980’s.

Salan Hassan Abdulle lived and worked in Somalia during the mid 1980’s and was among those who left that country at the onset of the civil war in the late 1980’s. His late father, Hassan Abdulle Walanwal took part in the liberation of Somaliland, in the Togdher section, but sadly died of a heart attack, once the forces of the Somali National Movement retook Buroa.

In the diaspora, Salan Hassan Abdulle, had been active in the Somaliland community and has for the past few years served as a representative in Oman & Kuwait. A discreet, astute and humorous person, we at Qarannews, wish him all the best in his new post.

A vital post and one we feel, with aid of Allahu Subxaana Waa Tacaal, he will serve both his country and it’s people with distinction.