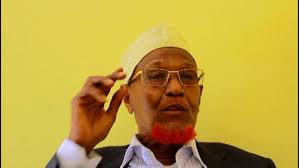 HARGEISA–Senator Dheeg said that the membership passes from family member to another is an outgoing pact to the constituency even when new members do not fulfill the legibility requirements.
The elder stated that the supreme court allows members below the age thresh hold membership to take up seats of the house of elders.
“If you want to know when the constitution was violated it is when people younger than 45 years became members at the house of elders. The constitution stipulated that no one under 45 can become a member of the house of elders. Why did n’t Suleiman and Bihi uphold the constitutional law.” said the MP
He blamed the lapse on the gov’t, the supreme court and the constituencies for neglecting all duties of upholding the integrity of the council of elders.
Mohamud Yasin has said he would have loved to have members who are knowledgeable in culture, religion and society at the chamber of the house of elders. But that he said that was possible because of the gross neglect from both sides.
“The gov’t is not innocent in this regard. It should have upheld the law. The supreme court cannot be exonerated and the clans are not innocent either.. They should have argued that the senator represent constituency. How came it is given to a single house hold.” said Dheeg
The veteran senator lauded the work of the mediation council that broke the wrangle on the National Election Commission.
He said the committee delivered the right solution that Somaliland needed at this critical juncture of its history.
He called upon the incumbent president Bihi to ensure the implementation of the proposals and held him personally responsible for breaking the standoff.