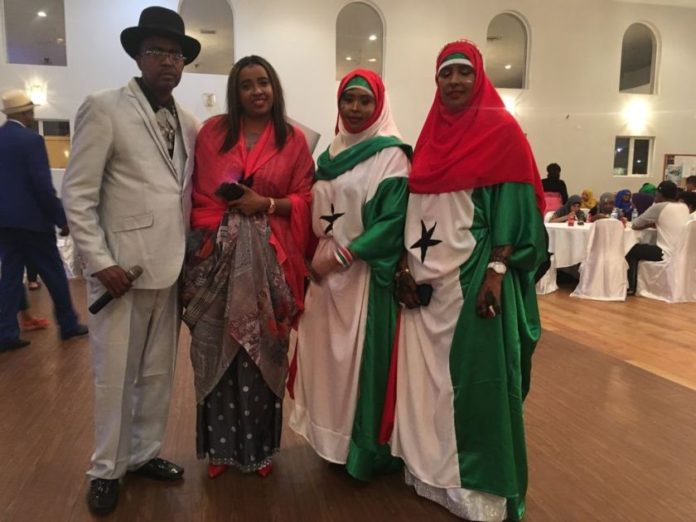 Celebrations were underway Saturday evening as hundreds gathered at a north Edmonton venue to mark the 28th anniversary of Somaliland.

Somaliland — a semi-autonomous region in the northwest of Somalia that declared itself an independent country in 1991 — operates as a democracy, with its own elections, currency and judicial system.

Somaliland Independence Day, for expats at the event, many of them donning the colours of the Somaliland flag — red, green and white — is a way to celebrate the self-declared country, said event organizer Abdullahi Mohamed.

“We are all blessed to be in this beautiful country of Canada to share our heritage with each other, especially the youth of today,” said Mohamed.

Mohamed, who goes by ‘Captain Abdul,’ was both the DJ and emcee at the celebration, featuring Somali songstress Nimco Yasin, at the Portuguese Cultural Centre, 12964 52 St.

The anniversary of independence is May 18 but the celebration is being held earlier so it does not conflict with the beginning of Ramadan, May 5 to June 4, a month of fasting observed by Muslims around the world.