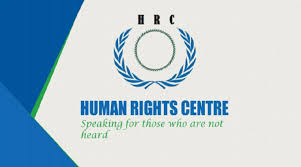 Hussein Ateeye Gaafane a reporter of Universal TV, Abdilaahi Dahir Ways, of Saab TV, Ahmed Dirie iltire, a reporter of SBC TV and Shuab Mohamed  Kahim of Bulsho TV, have been in detention in Boorama since 16th January  2021 on the order of the city Mayor, according to multiple sources. They are not charged with any crime. All four journalists are based in Borama.

According to journalists who talked to Human Rights Centre, the detention of the journalists is related to Facebook posts alleging undisclosed mayor’s visit in Djibouti.   They were detained without a court warrant.

“Detention of journalists for Facebook posts is contrary to the Constitution and the Press Law of Somaliland. The mayor has no legal authority to order detention of a person whom he dislikes his opinion. Freedom of expression is a constitutional matter not subject to the approval of a mayor,” adds Yonis Ismail Ibrahim, the Executive Director of Human Rights Centre.

According to Article 25(2) of the Constitution of Somaliland “no person can be arrested or detained, except when caught in the act of committing a crime or, on the issue of a reasoned arrest warrant by a competent judge”.

Article 32 of Somaliland Constitution state that “the press and other media are part of the fundamental freedoms of expression and are independent.”

Human Rights Centre calls on the government of Somaliland to release detained journalists immediately and unconditionally.

The Chairperson of the Human Rights Centre 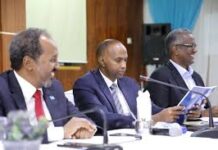 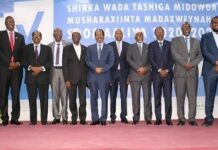