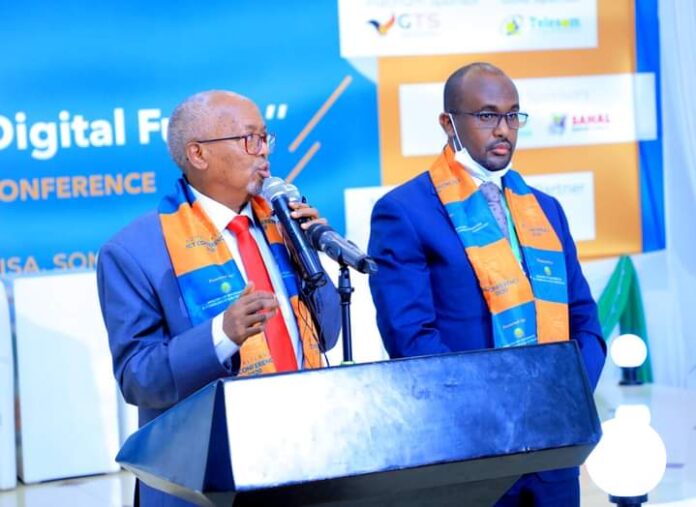 Somaliland government has put on display the second ICT conference in Hargeisa where the minister of ICT has played a lion’s share in organizing the conference.

Many high profile dignitaries including diplomats have attended the launching ICT conference.

The conference was under the theme “Shaping Somaliland’s Digital Future.”

Commercial telecommunication companies have pledged to hugely participate and contribute to the success of the 2nd ICT Conference in Somaliland.

Dr. Abdiweli Sufi, the ICT minister, has elaborated the mission behind the conference.

He said that it is to create a platform for all technology stake holders in Somaliland.

The VP has urged the public to engage the race for advancing tech in the country effectively.

He added that those with low tech will be lagging behind the rest in terms of progression.