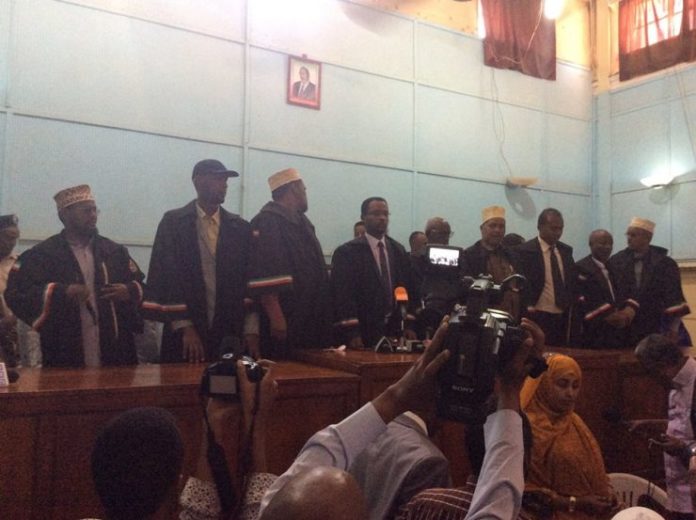 HARGEISA– The Higher and Constitutional Court in Somaliland has rejected on Thursday the case against the council of elders which the National Consultation and Rectification Forum lodged. The Forum’s spokesman, Hasan Guure, has declared the court’s verdict in a press briefing. The Court has dismissed the case whereby it based its verdict that the Forum which filed the case is not registered with the government of Somaliland. The Forum’s Attorney, Mr. Gulied has asserted that the organization which had filed the complaint to the supreme court is not in the government records as an organization. Both the spokesman and the Attorney have reiterated that the case was not dismissed against the council of elders but on the grounds that the their organization must resister with the government. They have vowed that they will re-lodge the case not as a forum but as concerned citizens. The Forum which was furious over the recurrent term extension which the council of elders made to the house of national assembly filed the case to the supreme court. Most of the politicians in the forum are veterans of Somali National Movement (SNM) that struggled against Somali military junta back in the 1980’s.