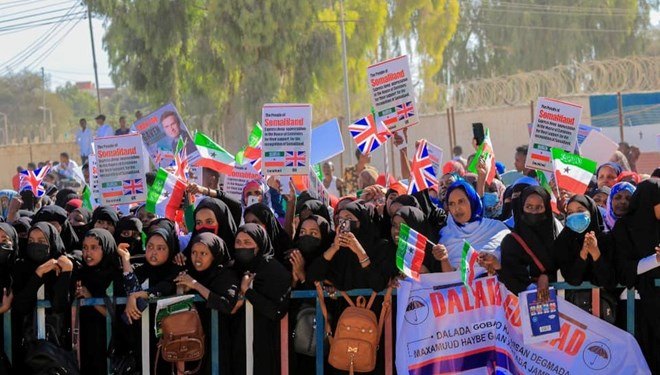 Somaliland citizens mainly students have held rallies today in the capital in solidarity of Somaliland’s recognition debate adjourned at the House of Commons where MP’s have demanded from the UK government to formally recognize the de facto of Somaliland as a sovereign nation.

Government officials and opposition figures also joined in the demonstration. They addressed the public saying that it is the right time for Somaliland to be recognized as an independent state. In his remarks, the vice President Abdirahman Sayli said British MPs could be a great example to other states for making similar decisions on Somaliland’s case.

The Mayor of Hargeisa Abdikareem Ahmed Mooge has expressed his strong notion that the recognition will come any time from now. He called on the British government to take the lead in recognizing Somaliland as a country and to be a member of the United nations.

The special envoy to Somaliland -Somalia talks Edna Adan stated that British MPs voiced their opinion for justice and freedom. She said that Britain is known for its strength and respect of human rights.

A few days ago, The British MPs urged the government to formally recognize Somaliland as an independent state and should respect the rights and freedom of Somalilanders to be a sovereign state.