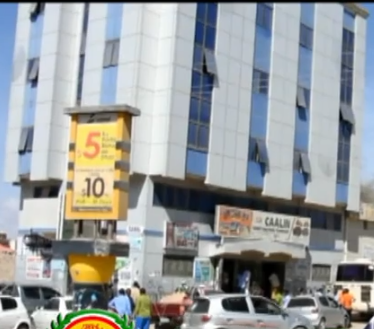 HARGEISA– Provincial court in Hargeisa has issued a ruling on the financial collapse of Qaran remittance firm which faced in state of bankruptcy a couple of years ago.  The case has been in the court for the past six months awaiting the final ruling. The chairman of the regional court in Hargeisa, Hon. Ahmed Dalmar Ismail has announced that the court has finally issued a verdict concerning the financial melt down of Qaran remittance firm which stopped operations several years ago.

Mr. Ahmed spoke of the stages that the case has gone through. The founder has been summoned for court hearing where questions were bombarded briefing why the firm has melt down. The chairman has said that the  second move that the court took was to appoint a commission from the shareholder and lastly the court has embarked a well coordinated effort in census of the firm’s assets. Qaran once faced with the bankruptcy that the only asset left is for the tower building at the heart of the capital. Finally, the court chairman has announced that he has issued a court directing auctioning the story building at the heart of the downtown.