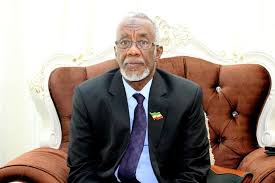 The Somaliland Foreign Minister, Yasin Hagi Mohamud Hir “Faratoon” is expected to travel to Sweden in order to deliver keynote speech at a conference on democracy in Africa.

The Foreign minister has been invited to the conference by Swedish parliamentarians. There was speculation that the Somaliland President Muse Bihi Abdi, who is one of the few politicians to have been elected on a one person, one vote in the Horn of Africa, would travel to Sweden to deliver the speech.

However, the weak federal administration in Mogadishu lodged a complaint with the Swedish embassy in Nairobi, that is accredited to Somalia, regarding the reports of President Muse Bihi’s proposed visit to Sweden.

Once again, it is quite obvious that the weak federal administration’s attempts to diplomatically isolate Somaliland have clouded their judgement with regard to sound reasoning and political decorum. They neglected to verify whether the Swedish government or Swedish parliamentarians had extended the invitation.

This is not the first example of a complete lack of diplomatic etiquette from the ill-trained and ill educated functionaries of the federal administration in Mogadishu. Just recently, the FGS “ambassador” in Qatar objected to the displays of Somaliland flags by fans at the football tournament in Doha. This functionary went as far as to request the removal of the fans by Qatari police. Understandably, his request was ignored. The match in question featured a teams representing the Somaliland and Sudanese communities, and what he was doing there, nobody knows.

This type of immature conduct of by the federal entity in Mogadishu will only drive a deeper wedge between the peoples of Somaliland and Somalia.