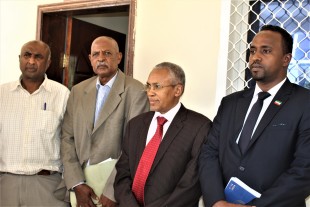 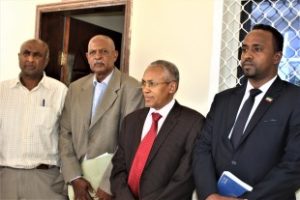 HARGEISA– The impact that political reforms and rapprochement in the Horn of Africa could have on Somaliland were among subjects discussed by, Dr. Sa’ad Ali Shire, minister for foreign affairs at parliamentary committee hearings on Wednesday.

The minister responsible for foreign affairs conferred and held discussions with the standing committee of the country’s bicameral parliament to brief them about the changes that transpired in the Horn and what ramifications that could have on Somaliland’s status.
The minister and the committee held closed door meeting. The two sides have discussed on the upcoming high level summit which is scheduled to happen in Hargeisa on Somaliland’s foreign policy which will be debated and robust policy which will be aggressive will be come up after the meeting. Somaliland is facing at a difficult time due to political and reforms that took place in the region.

The foreign relations committee from both houses have said that the mission behind the meeting was to build a superb rapport with the minister and continue the cooperation between the two sides.