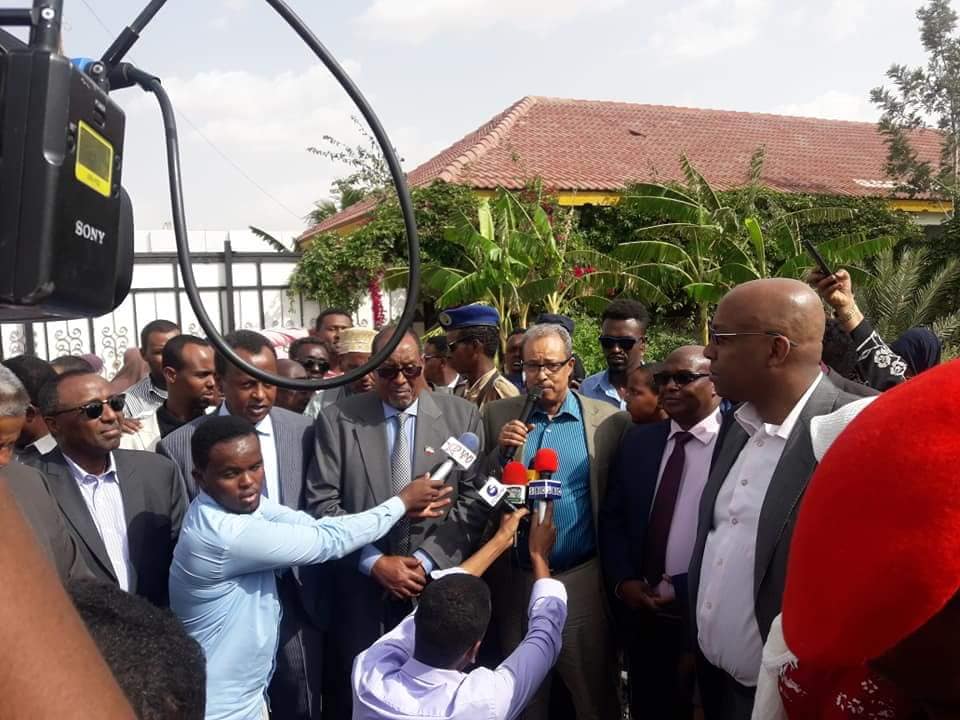 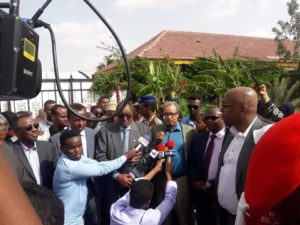 HARGEISA– Somaliland’s former president, His Excellency Ahmed Mohamed Mohamud Silanyo returned home on Thursday after living months in the UAE. Mr. Silanyo as he is popularly known in Somaliland, landed at Egal International Airport at noon.

The Former Somalilaand Head of State, Mr. Silanyo who transferred power to his succesor, Mr. Bihi in late 2017 left for the UAE to recuperate and rest from the seven years that he served as the fourth president of the country since its inception 27 years ago. The ex-president was greeted by most of his government ministers who served under his administration who received him upon landing at the airport. Kulmiye ruling officials were also seen welcoming the former president. Mr. Silanyo attained the office of the presidency in July 2010 after defeating the third president, Dahir Riyale Kahin in the presidential elections held in 2010.

The return of SL former Head of State coincides at a time that parliamentary investigation disclosed that his cabinet were the most corrupt ministers that looted and stole public assets and money.