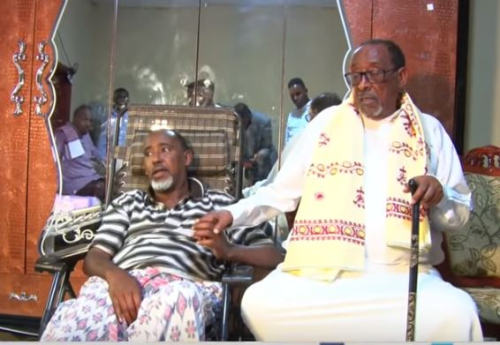 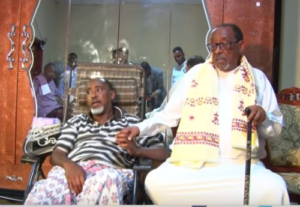 HARGEISA– Former Somaliland leader, H.E Ahmed Mohamed Mohamoud Silanyo visited ex-ministers, Hon. Ali Sandule who is in critical condition. The ex-president, Silanyo was accompanied by members of house of national assembly, Hon. Ahmed Mohamed Dirie a.k.a “Nacnac”. The former leader and the MP have acknowledged that the ailing politician and former minister is in desperate healthcare from the current government led by Musa Bihi. Former president Silanyo has prayed for the Al mighty Allah to give a speedy recovery to the ailing political who served a ministerial post under his leadership. The MP by the name of Ahmed Nacnac has also asked the Al Mighty Allah to grant a speedy recovery to the ailing politician and added that once ex-leader has watched the news of Ali Sandule being hospitalized and in critical condition that he decided to pay a courtesy call to his ex-minister who worked under his administration.