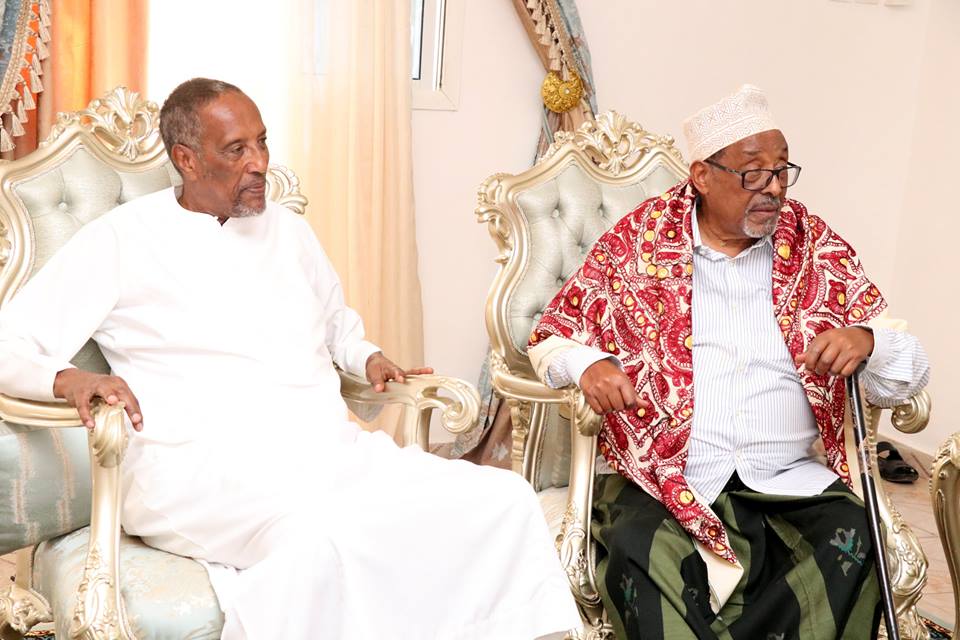 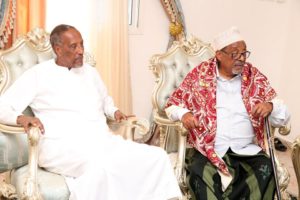 The former president, Silanyo visited the presidential palace so as to pass greetings to his successor, Bihi who once elected in the last 2017 presidential election transfered the power democratically.

This coincides marking on Eid Al-Adha occasion which Muslims around the globe celebrate.

The two leaders have exchanged jokes while the sitting president has accorded to ex-leader a warm and cordial welcome at the State house.

The ex-leader of Somaliland lived in the UAE for recuperation after he transferred the presidency.