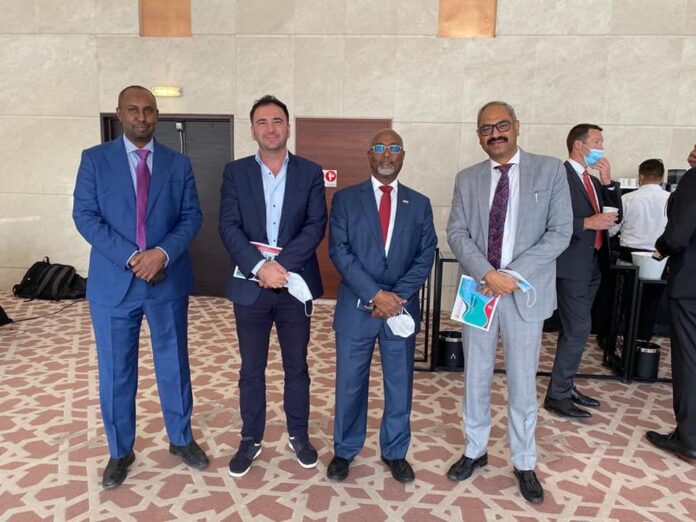 Minister of Energy and Minerals, HE Jama M Haji Egal and director of Petroleum Mr. Ahmed M. Adan has participated in an international conference in Dubai, UAE on Nov 19th, 2020. The conference was organized by Iraq Britain Business Council (IBBC).
The minister was officially invited by Baroness Nicholson of Winterbourne, the president of IBBC and a senior member of UK House of Lords. She is also, the Prime Minister’s Trade Envoy to Iraq, Azerbaijan, Turkmenistan and Kazakhstan.
Baroness Nicholson visited Somaliland in late 2019, and discussed with the minister on facilitation and attraction of international investment into Somaliland, and possibility of establishing similar business council to that of Iraq.
Participation was to get exposure for investment and to take part of the conference networking to meet and present Somaliland oil and gas and energy potential.
Representatives of IBBC Member companies such as BP, Shell, Siemens and many others took part discussions on the issues: Energy, Finance, and Infrastructure & Logistics.
Also the UAE Minister of State of Foreign Trade H. E. Dr Thani bin Ahmed Al Zeyoudi was in attendance.
The minister had side meeting with those companies and discussed with them the possibilities of investment into Somaliland oil and energy sector. 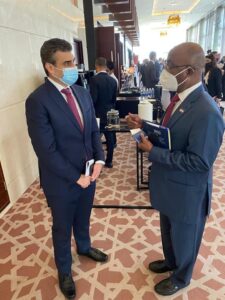 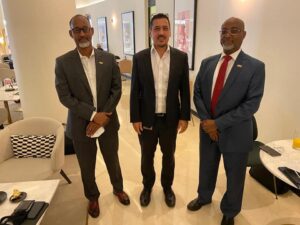 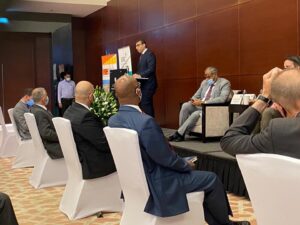 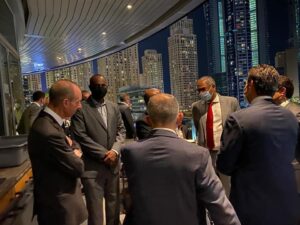 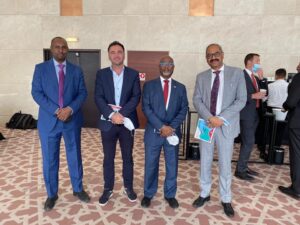 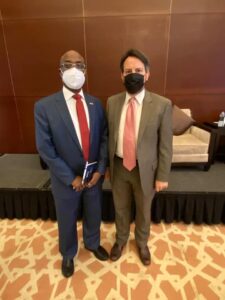