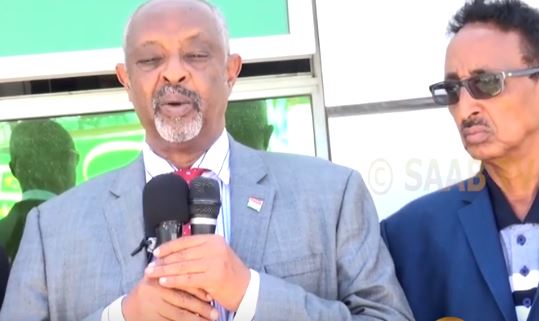 The high level Somaliland delegation Friday concluded visit in Djibouti where it held bilateral talks with Djibouti’s Head of State and the minister of interior. The Somaliland delegation headed by the interior minister, Hon. Mohamed Kahin Ahmed and senior governing Kulmiye party officials were with the delegation. They attended Djibouti’s ruling party congress 40th anniversary known as The People’s Rally for Progress. Mr. Mohamed Kahin has briefed the media on his meetings with Djibouti’s leaders. He siad that he held bilateral talks with his Djibouti counterpart and the police commissioner where they discussed ways to foster the trade and security  and border cooperation between Somaliland and Djibouti. The interior Minister also said that they held talks with Mr. Ismail Omar Geuleh, Djibouti’s Head of State. The congress held by Djibouti’s RPP also saw the attendance of delegations from  Ethiopia and Rwanda.