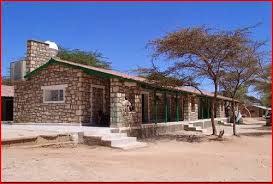 The Upper house of the parliament speaker has refused suggestions from members of the parliament which called upon the urgent summoning of the minister of water resources to respond to queries over the acute shortage of water that Hargeisa has recently experienced. The house speaker, Mr. Suleiman has also refused to summon the health minister on the recent reports from the members of the parliament which have cried foul over Hargeisa public hospital which force patients to buy all the drugs and medications. The house speaker has formed a committee ascertain over the situation of the hospital as depicted by the members of the parliament. The speaker has decided that parliamentary committee on social affairs conduct the fact finding mission. The committee would submit its report to the house. He said the committee would ascertain the causes of the alarming situation at the hospital and the concerns from the patients will be addressed. There is deteriorating situation that Hargeisa hospital has faced with according to reports.

The house speaker has informed the committee to probe and see the real situation on the ground with their naked eyes before blaming the officials.