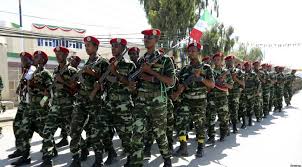 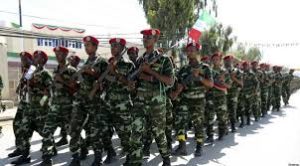 Somaliland’s defense forces launched an assault against militia soldiers in charge by a renegade military commander who announced that he shown his allegiance to Aare’s rebels.

The attack conducted by the defense forces took place at Haldhaadan which lies 35 km north west of Erigavo, Sanaag’s regional capital. The assault targeted to the rebels led by Colonel Jamal Baahad, a former Somaliland armed forces commander and which transpired at noon. Unconfirmed reports said that one soldier was killed from Jamal’s rebels while he resisted the attack from the defense forces. The armed forces managed to bring the carjacked ambulance from Erigavo under the government hands. The government led by President Bihi has said that it is avoiding military skirmishes to bring an end to the matter of renegade Jamal Baahad’s militia who carried out an abduction in nearby Erigavo.