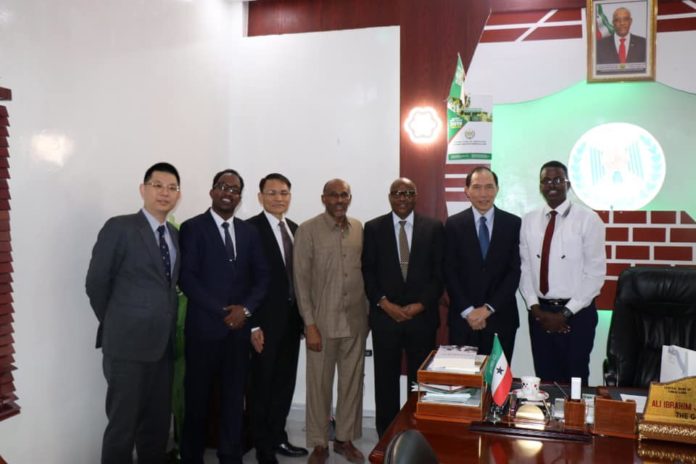 The governor from Somaliland has briefed the visiting Taiwanese delegation on the socio-economic development in the country.

He also explained to them on the investment chances that is available in the country.

The Director General of Somaliland’s Central Bank, Hon. Ahmed Hasan Arwo who has flanked the CBS has spearheaded efforts to establish close partnership between Somaliland Central Bank with its counterpart in Taiwan.

The DG has revealed that Taiwan and Somaliland are in limbo seeking to secede from Main Land China and from Somalia respectively.

The two sides also discussed ways to forge closer partnership ties between the financial institutions of both countries.

The Taiwanese delegation is headed by Mr. Chen-Chi Wu, who is in charge for African affairs, Mr. Yang, Syin-yi, who is responsible for West Asian Affairs for Taiwanese FM, and Mr Wafy Luo, head of the executive for North Africa and Asia.

The Central Bank Governor from Somaliland was accompanied by the Director General. 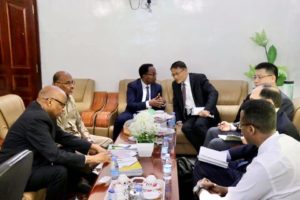 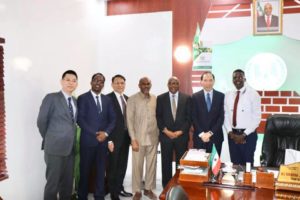 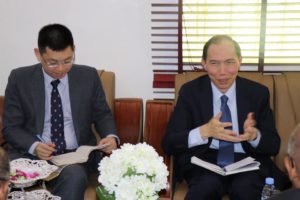 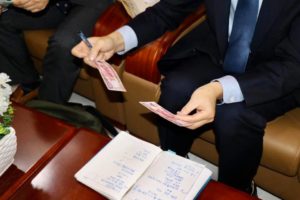 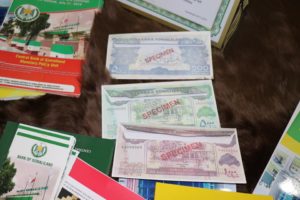 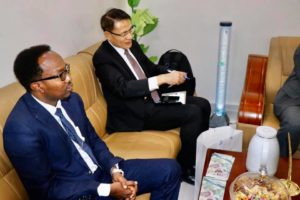 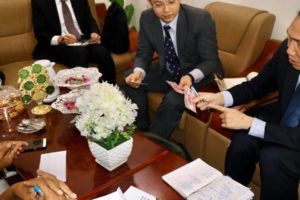 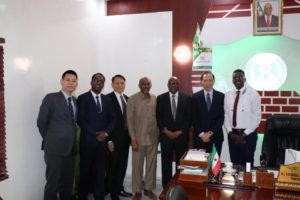 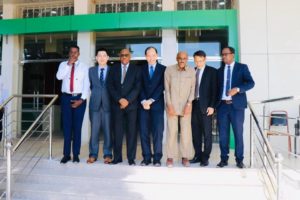 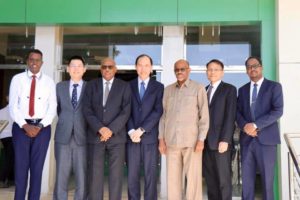