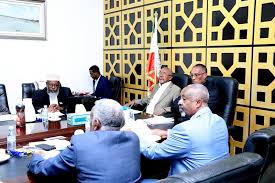 HARGEISA–The president of Somaliland, HE. Musa Bihi Abdi has apprised of his cabinet of presenting their accomplishment since he appointed them.

After the Head of State made the order clear that some of the ministers embarked on tour to certain regions in Somaliland to submit their achievements to the president.

Once the president receives ministers achievement then he will go ahead with the looming cabinet reshuffle.

Political experts blame the president for picking inexperienced ministers to his government which became hard for them to either fulfill government duties let alone resolve a political problem within Somaliland regions.