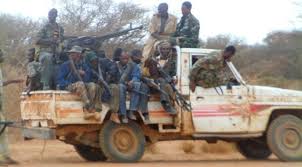 Somaliland security forces repelled the rebels that launched a surprise attack against the police station.

Eye witnesses and local residents said that they could hear the heavy fire exchanged between the two sides which lasted for hours.

The insurgents that carried the attack left the place as casualties were not confirmed by both sides.

Two days ago, the rebels raided Somaliland military base in Sayidka mountain which lies in the outskirts of Lasanod.

The Colonel by the name of Faisal Falalug who was not part of the Khatumo-Somaliland peace accord claimed the responsibility of carrying out the attacks against Somaliland security forces.

Sool Police chief confirmed yesterday that scores of people were arrested in connection with the raid.