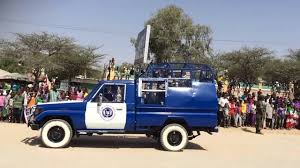 A local councilor in Gebiley has revealed that police arrested scores of irrate youth who staged demo after blocking road linking Gebiley to Kalabaydh and lit tyres. Mr. Mustafa Sayid Abokor has said that the incident took place last week whereby the media which filmed the story concealed it and the mayor of Gebiley has just spoken of the matter. The delegation led by president Musa Bihi Abdi coincided with the demo while en route to Borama in order to attend the Central Committee meeting. The angry youth staged the protest after a local clinic in Kalabaydh which was built by Djibouti’s First Lady, Ms. Khadra stopped operations during to lack of funds from Somaliland government. The raged youth were imprisoned to Mandhera prison without tried by a court. This has sparked public outcry within Gebiley residents and were flabbergasted after the youngsters were put behind bars in prison where they found guilty by a court. The residents have argued that the youth staged peaceful protest.

Police also put behind bars two females man who owns a tailor shop in Gebiley. They face the allegations that they wore cloth with Somalia flag. The chairman in charge of security for Gebiley council, Mr. Mustafa paid a visit to the scores of people who are in detention at police station in Gebiley. The councilor has revealed that the dress has as many stars as it could and also further added that the tailor who made the garment was brutally beaten by police and is under police captivity  This incident also transpired once president Musa Bihi was in Gebiley on working tour.