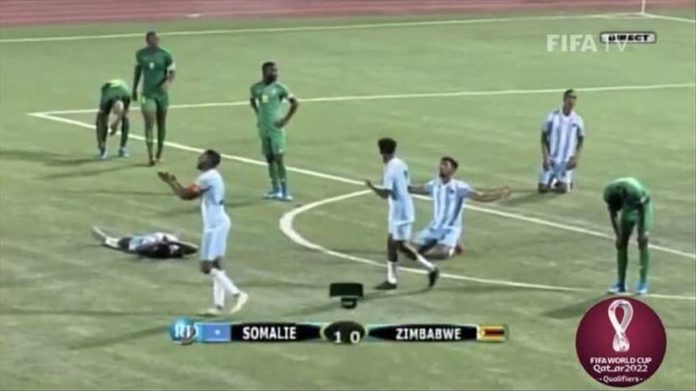 MOGADISHU, Somalia—Somalia beat Zimbabwe 1-0 in a football World Cup qualifier played in Djibouti on Thursday, in the country’s first ever win in the qualifier.

Somalia is the lowest-ranked team in Africa and the match was played in Djibouti, as Somalia does not host any international match due to security reasons.

“Congratulations to our OceanStars. Your victory is remarkable. You have played purposely. We are eager to receive you back home as you prepare for the return leg,” Somali President Mohamed said in a Twitter post.

“We did it! We beat Zimbabwe 1-0! That was Spectacular from our OceanStars. Your Victory has inspired us and brought smiles. Let’s keep our Qatar2022 dreams alive because Impossible isn’t in our vocabulary,” Ahmed said in a Twitter post.