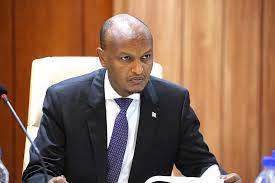 Somalia is gearing up to hold its Lower House of Parliament election next week, deputy PM Mahdi Mohamed Gulied said, urging the regional states to accomplish the long-delayed votes in December. In his remarks at a ceremony held in Mogadishu on Saturday, Gulied said a vote for candidates vying for the parliamentary seats allocated for SL would start, in an attempt to take further steps towards a peaceful transfer of power in Somalia. The move could galvanize the long-delayed polls and end prolonged tensions, he added. Somalia’s PM Mohamed Husein Roble hailed the remarks by his deputy and called on regional presidents to complete the list of candidates for Upper House of parliament and go ahead with plans to hold Lower House polls. Regional leaders are dragging their feet conduct the elections amid mounting pressure from the Int’l community. Puntland leader is preoccupied with a campaign for local government elections while the president of neighboring region of Galmudug is planning to re-launch an offensive against Ahlu Sunna fighters, in a bid to retake a town that had been captured by the Sufi group weeks ago. Both leaders have shown their commitment to hold the vote. Jubaland leader Ahmed Madobe is insisting that one of the main articles of September 17 agreement concerning towns hosting the polls be changed and wants that the vote take place in Kismayo, though the deal states it should be held in the coastal town and Garbaharey which is under the control of pro-Farmajo forces. Contrary to Madobe’s ambition, Southwest president Abdiasis Laftagaren- a key ally of Somalia’s president- is in a strong position against any change in the deal and plans to hold the vote in two cities under his administration.