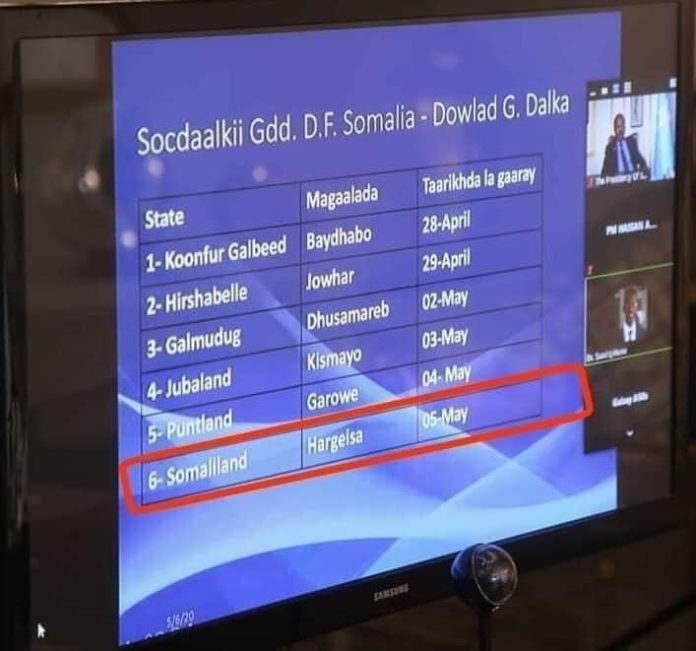 The UN-propped federal government of Somalia has, of recent, took heart to portray the Republic of Somaliland on an equal par with its own federal member states.

The case before the ascent of power in Somalia by Mohamed Abdullahu Farmaajo and Musa Bihi Abdi of Somaliland in 2017 was not as shamelessly flaunting as it is today but was there, nonetheless, in a more subdued, behind the schenes form. The affront on the part of Villa Somalia is, certainly, a product of brazen policies  Farmaajo’s government has introduced largely flooding money on targeted media messages denigrating Somaliland sovereignty.

It was not long ago that the electoral body of Somalia presented a plan of work to the federal parliament which included how it intended to conduct Somalia’s first one-person, one-vote election in Somaliland areas. This ignored the fact that the Republic of Somaliland has conducted a number of elections on that platform with several presidents peacefully changing offices in direct compliance with polling results.

This step, obviously, took heart from UNSOM-blessed selections of members of the two federal parliament houses of Somalia which took place behind closed doors in late 2016. The so-called ‘elections’ included Somaliland-representing individuals who nominated themselves to the role. Their only qualification to the seats was that they lived or travelled to Mogadishu as economic migrants.

Of recent, Villa Somalia, taking heart from the tacit approval ( or so it interprets) of the international community, openly and officially lists Somaliland as an integral part of the federal system despite the fact that the latter has fully restored some thirty years ago the sovereignty it lost to a lost cause of a Greater Somalia republic in 1960.

Both the Somalia national television and Somalia PM, Hassan Ali Khairre, posted pictures taken of Hargeisa, the capital of the Republic of Somaliland, presenting them as a city that came under the federal administration – which it is not and has not been since 1991.

The Ministry of Health, for instance, includes COVID-19 cases in Somaliland in its daily updates. 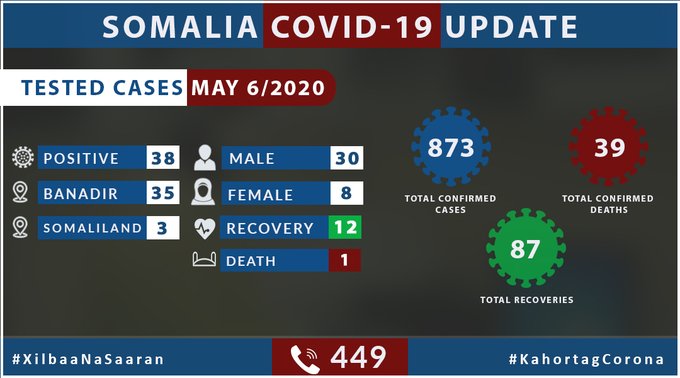 A report of a high visit of FGS officials audaciously wants a more-knowing world to believe that an administration which fails to lead security of even its capital has the ability to openly direct affairs of the Republic of Somaliland. This particular committee’s itinerary shows a visit to Hargeisa only the day before yesterday, Tuesday, 5 May 2020.

It is not yet determined how far does the reach, determination, collaboration with the international community, credibility, nationalism, and defence of primary sovereignty cause on the part of the incumbent Somaliland government has a bearing on the revived presumptions and make-belief political games the FGS is playing on Somalia, Somaliland and world psyche.

In this particular report, Somaliland is depicted as a sixth federal member state of Somalia joining the five signatories of the federal constitution of Somalia: Puntland, Jubaland, Hirshabelle, Southwest and Galmudug.

What is certain is, however, that the government of Somaliland needs to hoist up its visibility higher for all to take note of and respect.

A logical – and apt – measure to show Somalia for what it is, and make the world realize how tasteless political humouring of Villa Somalia to the detriment of the Republic of Somaliland and its people can backfire, is to emphatically stop any talk of  talks with Mogadishu.