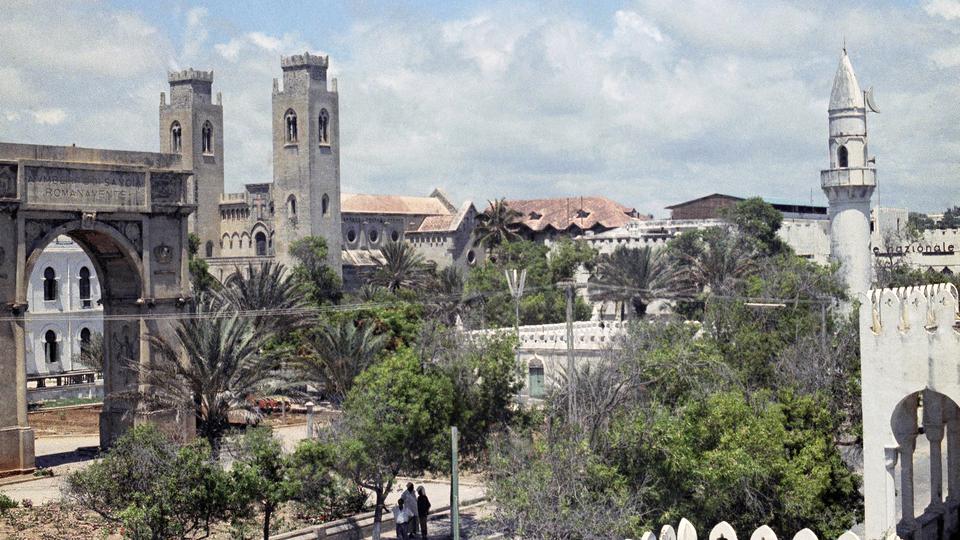 After decades of war, the once grand city of Mogadishu in Somalia lies in ruins. But a group of architecture students has launched a project to re-capture and preserve the capital’s glory days. 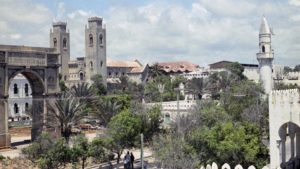 The main square of Modadishu, Somalia in December 1969, including a white minaret on a mosque, twin spires of Roman Catholic cathedral and a memorial arch to Italians. (AP Archive)

Maps of destroyed Yazidi shrines and flat-pack emergency shelters were among exhibits focusing on the destructive legacy of war at the London Design Biennale.

The art and design festival featured 40 decorative and digitally immersive installations along the theme of “emotional states”, seeking to illustrate how design influences feelings.

Walls lined with images of historic churches and market places in the Somali capital Mogadishu offered up a glimpse of the war-torn nation’s past architectural glories as a means of inspiration for the future, said curator, Yusuf Shegow.

“We’re trying to start a conversation on architecture,” said Shegow, who hopes his work will challenge images of the Horn of Africa nation as a failed state. “We lose of lot of lives, but we also lose a lot of important architecture.”

Somalia has been wracked by civil war since 1991, with many of Mogadishu’s ancient mosques and colonial-era buildings reduced to rubble amid fighting, drought and famine.

“We want to divert people’s attention to focus on rebuilding rather than just destruction,” said Shegow.

“If we can use design, or any type of creativity, we can envision how the city can look and we can bring hope.”

Wars, persecution and other violence have driven a record 68.5 million people from their homes, more than the population of Britain or France, the United Nations refugee agency says.