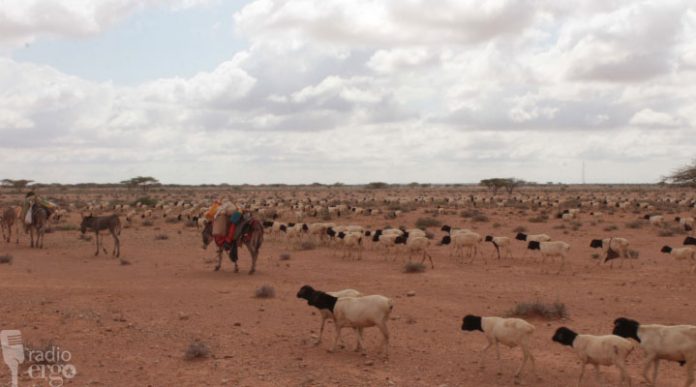 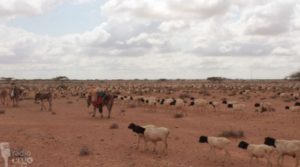 An outbreak of smallpox has killed around 300 goats in the last three weeks in Galo, 45 m east of Dhusamareb in central Somalia’s Galgadud region.

The disease has affected the livestock of 180 families, with at least 3,000 more goats infected, according to the local chief Said Ali Abdi.

Veterinary doctors in Dhusamareb have not visited Galo, although they have been alerted to the spread of the disease by members of the community.  Some of the herders told Radio Ergo that the vets had said it would be a wasted journey coming to Galo, as they did not have the right vaccine available.

Abdullahi Kadiye, 45, a father of eight, owned 100 goats. Fifty of them fell sick with smallpox disease, and 20 have died. He told Radio Ergo that he went to Dhusamareb searching for the medicine and vaccines but he could not find any.

His family earns income from the sale of goat’s milk. After his losses, and the rest of the animals being weak, he has not been selling any milk and has had to buy food for the family on credit from local shops.  Fourteen of the goats that died were pregnant females.

Pastoralist families believe that disease is communicable among the goats and it spreads when they are drinking water or grazing together.

Warsame Aded Dhiblawe, 40, is a father of seven children. He owned 200 goats, half of which have been infected by smallpox. So far 40 have died. The family lives off the livestock.

Warsame told Radio Ergo that the sick goats began to cough and blisters and sores erupted on their bodies, before they died a week later. The goats that have survived are weak and skinny. He noted that the disease first spread among his livestock three weeks ago and is claiming more animals every day.

Radio Ergo shared the symptoms with Suleiman Mohamed Salah, a veterinary expert, who said there is no treatment for the disease but there is a vaccine available to prevent it occurring.

Dr Suleiman advised herders to separate the sick goats from the healthy ones to contain the spread of the disease. He urged them to contact local veterinary doctors in the area.  The disease is usually occurs during extremes of cold or hot weather.