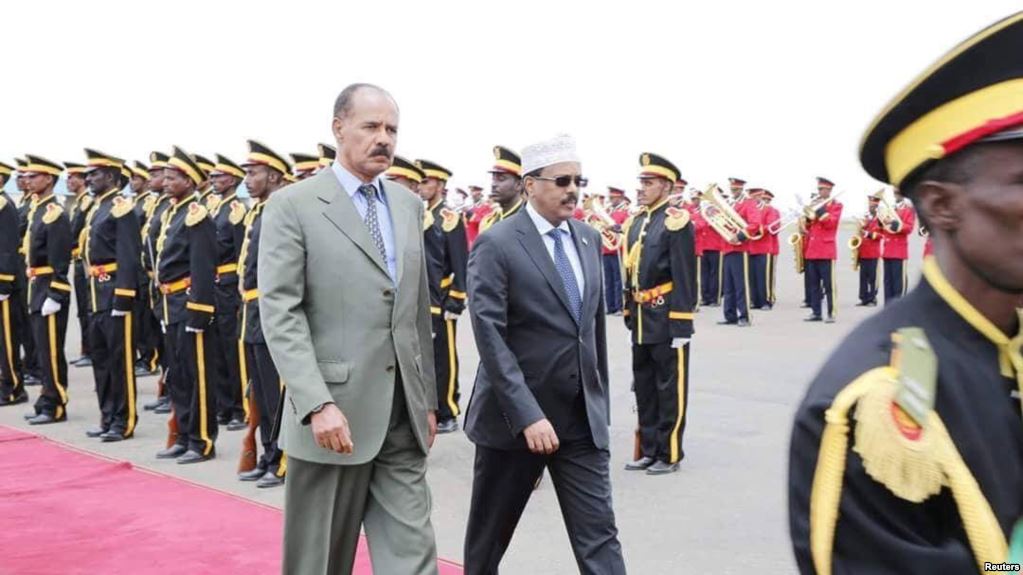 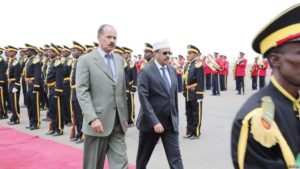 Eritrea’s President Isaias Afwerki, left, walks beside Somalia’s President Mohamed Abdullahi Farmajo during a welcoming ceremony upon his arrival for a three-day visit to Eritrea, in Asmara, Eritrea, July 28, 2018.

Somalia and Eritrean leaders agreed Saturday to resume their diplomatic ties and open embassies in their capitals.

The decision was made during a summit in Asmara, Eritrea, where Somalia President Mohamed Abdullahi Farmajo began a historic three-day visit Saturday. The two nations have not had diplomatic ties for nearly 15 years.

He said the leaders also discussed regional security and changing relations among Horn of Africa countries.The region is of importance to the wealthy nations just across the Gulf of Aden and the Red Sea, who are interested in a strategic foothold in East Africa through its very busy shipping lanes.

The leaders are scheduled to continue tallks Sunday.

Farmajo’s visit comes after longtime rivals Eritrea and Ethiopia restored diplomatic ties. The two nations have a long and complicated history, which has had a destabilizing influence on the Horn of Africa.

Ethiopia has accused Eritrea of supporting the terrorists. Over the years, this proxy war between the two countries has had the potential to spark regional conflict.

The conflict between the two nations also spilled over into neighboring Djibouti. One of Ethiopia’s main economic allies, Djibouti has been engaged in a war with Eritrea over a border area claimed by both countries.

Ultimately, the prospect of peace between Ethiopia and Eritrea may have a calming effect on the Horn. If stability is achieved, Ethiopia, a country with an estimated population of over 100 million, could realize its potential as a regional economic and military power. This could, in turn, transform the region into a united economic powerhouse.