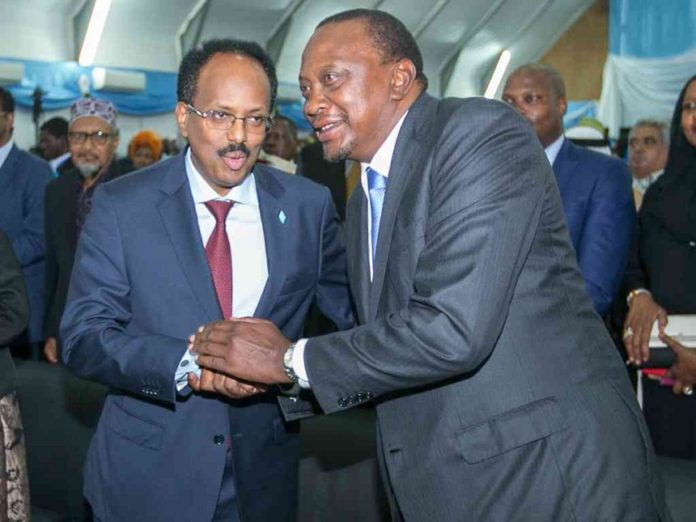 The government of Somalia has denied offering oil and gas blocs in Kenyan territory for auction.

In a letter addressed to the Kenyan ministry of foreign affairs in response to an earlier protest by Kenya over the issue, Somali government has said it has no plans of interfering with any resources that is within a disputed boundary.

“Somalia is not offering, nor does it have any plans to offer any blocks in the disputed maritime area until the parties’ maritime boundary is decided by the ICJ,” the letter said.

It has also assured the Kenyan government that it will not undertake any activity within the disputed area as this may jeopardize the delimitation of the boundary dispute at the the top UN court.

“In this respect, the Government of Somalia reassures the Government of Kenya that it stands by its commitment not to undertake any unilateral activity within the disputed area until such time that the ICJ renders its judgement,” it said.

It added that Mogadishu will continue to cooperate with the court in adjudicating the dispute and that “when ICJ does render its judgement, Somalia will fully respect and comply therewith.”

On Saturday, foreign affairs Principal secretary Macharia Kamau alleged that the Somali government had on February 7 this year offered for auction oil and gas blocks within the disputed maritime territory.

Kenya and its neighbor to the North has been embroiled in a boundary dispute which escalated in 2014 when Somalia sued Kenya at International Court of Justice.

Macharia also announced that Kenya had “summoned” its ambassador to Mogadishu Lucas Tumbo and asked Somalia’s envoy to Nairobi Mohamud Ahmed Nur to depart to his home country.

He explained that the move was to enable consultations for consultations “so that we can resolve this matter with credible and correct information from both sides.”

But the Somalia government has said this move was “regretful”, adding that it was done without any consultations.

It also added that the Somali and Kenyan citizens have a strong cultural and historical connection which cannot be broken by any difference between the two nations.

“Indeed, the Somali and Kenyan people’s destiny and future are indissolubly interconnected,” it said.