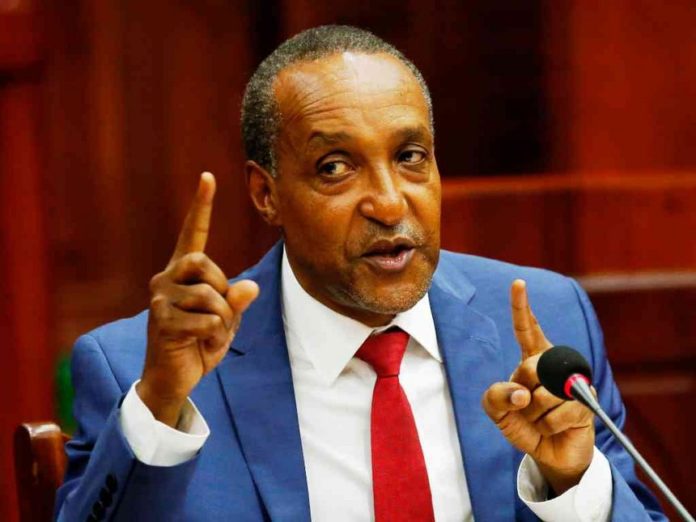 Foreign Affairs PS Macharia Kamau on Sunday clarified that the government had not recalled Kenya’s ambassador to Somalia nor had it expelled Somalia’s envoy to Kenya.

The PS said the government had only “summoned” Kenya’s envoy to Mogadishu Lucas Tumbo for consultations.

The PS on Saturday said Somalia had on February 7 this year set for auction oil and gas blocks falling within the Kenyan maritime territory near its border.

Kenya and Somalia have had a protracted dispute over a maritime boundary which escalated in 2014 when Somalia sued Kenya at the International Court of Justice.

The case is yet to be determined.

In a statement on Saturday, Kamau said the auction took place in London.

The strongly worded statement came shot of declaring war between Kenya and Somalia, saying the generosity and good neighbourliness that Kenya practices are being taken advantage of and that the country is ready to defend itself by all means.

“Kenya is prepared and ready to defend its territorial integrity at any cost and considers all those directly or indirectly involved, whether Kenyan or non-Kenyan in encroachment of Kenya’s territory as enemies of the State and as adversaries of the Kenyan people,” Macharia said.

The PS said the move by the Somalia government was “an outrageous and a provocative act of aggression which will be met with unanimous and resounding rejection by all Kenyans and people of good will who believe in the maintenance of international law and order and peaceful and legal resolution of disputes.”

Macharia said Kenya has always pushed for diplomatic and peaceful resolution of the conflict by engaging in negotiations and submitting itself to the international courts’ processes.

Macharia, however, maintained the country’s claim over the disputed boundary area, saying it is historically Kenyan.