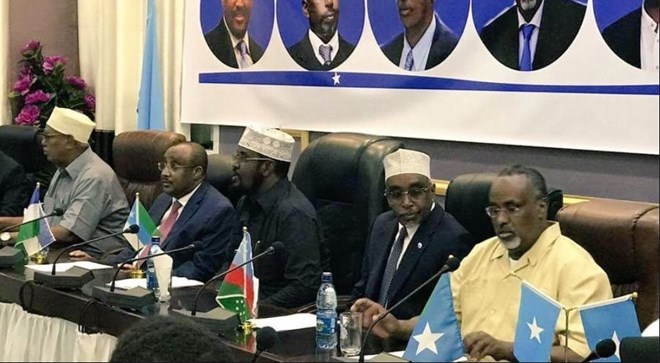 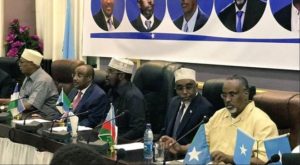 The leaders of Somalia’s federal member states said Saturday that they had suspended all ties with the central government in what was likely another setback for the Horn of Africa nation as it emerges from two decades of conflict.

At the end of a crucial four-day conference in the southern coastal city of Kismayo, the leaders of Galmudug, Hirshabelle, Jubaland, Puntland and South West states accused the Mogadishu government of failing to handle the country’s security, of failing to fulfill its responsibilities toward the states in line with the country’s federal structure, and of taking its eye off the fight against al-Qaida-linked Islamist militants.

In a country where clan loyalties, not ideology, determine political support, analysts say Mogadishu is not willing to hand more power to the provinces, fearing a breakup of the state. Meanwhile, the regional authorities are demanding more autonomy and a better share of the foreign aid.

“Our move came when we have realized that government could not prove its mechanisms to deliver its promises for the country, including the fight against al-Shabab and the constitutional reforming process,” said Abdiweli Mohamed Ali Gaas, the leader of Puntland region.

Some analysts say they are concerned that the deepening rift between the federal government and the states may plunge the country back into political crisis.

“This mounts the pressure on to the already political fragility within the country, especially a government that has only been in office less than two years, having a lot of challenges on its plate, including the upcoming one-person-one-vote elections in 2020,” said Mursal Saney, deputy director of the Heritage Institute, a Mogadishu think tank.

He said the militant groups might try to exploit any political instability in the country to remobilize and increase their attacks against the government.

On Thursday, Somalia’s Information Minister Dahir Mohamud Guelleh said his government was willing to resolve any issues with the states “in accordance with the national constitution.”

There was no immediate response from the federal government to Saturday’s decision by regional leaders.

In an interview with VOA, Galmudug’s deputy leader, Mohamed Hashi Arabey, was critical of state leaders, including his boss, Ahmed Duale, saying their objective was to team up against the federal government to lead the nation into another political crisis.