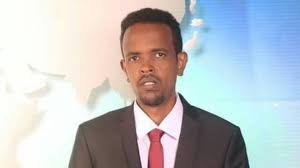 Today, 29 July 2020, Banadir Regional Court convicted Gurbiye on charges of “publication or circulation of false, exaggerated or tendentious information capable of disturbing public order” under article 328 of Somalia’s old and outdated penal code.  The court found Gurbiye guilty and sentenced him to 6-month imprisonment and a fine of 5 million Somali shillings (approx. US$200). The court dismissed charges of “Insult to Political Administration or Judicial Body”, under article 269 of the Penal Code.

In a Facebook post, Abdiasis Ahmed Gurbiye alleged that the President of Somalia took a ventilator to his office while several people were getting infected by COVID-19, prompting the Office of Attorney General to level criminal charges against him.

“The conviction and sentencing of Abdiasis Ahmed Gurbiye is a big blow to the promotion and effective enjoyment of freedom of expression in Somalia. This verdict, which is unwarranted, excessive and unjustifiable, is sending a chilling message that criticizing authorities or public figures will land journalists in jail, even after Office of the President publicly asked for the charges against Gurbiye to be dropped,” said Omar Faruk Osman, NUSOJ Secretary General.

NUSOJ has been urging the Federal Government of Somalia and the Office of Attorney General to decriminalise journalism and freedom of expression, ensure fair trials for journalists and a withdrawal of prison sentences against journalists.

“The Continued use of the penal code to indict journalists has created a hostile atmosphere for independent journalism in almost every region of this country, as it is explicitly used to silence any critical voices and Somali journalists continue to be primary victims of this oppressive approach” added Osman.

NUSOJ calls on the Somali judiciary to refrain from confusing exercising the right to freedom of expression with criminal activities as expressing viewpoint on a Facebook is not criminal.

“We call upon the Banadir Regional Court of appeal to quash the conviction and sentence, acquit Gurbiye and respect freedom of expression. If the judiciary still prefers to punish Gurbiye, we ask President Mohamed Abdullahi Farmaajo to use his powers to pardon him in order to uphold Somalia’s constitutionally guaranteed right to freedom of expression” declared Osman.

NUSOJ continues to point out that the Penal Code of Somalia is in breach of the Provisional Constitution of Somalia and international human rights treaties and standards, including the International Covenant on Civil and Political Rights and the African Charter on Human and People’s Rights.

Since President Farmaajo came to office, Abdiasis Ahmed Gurbiye is the first journalist who was arrested, prosecuted, convicted and sent to jail in Mogadishu due to his right to freedom of expression.