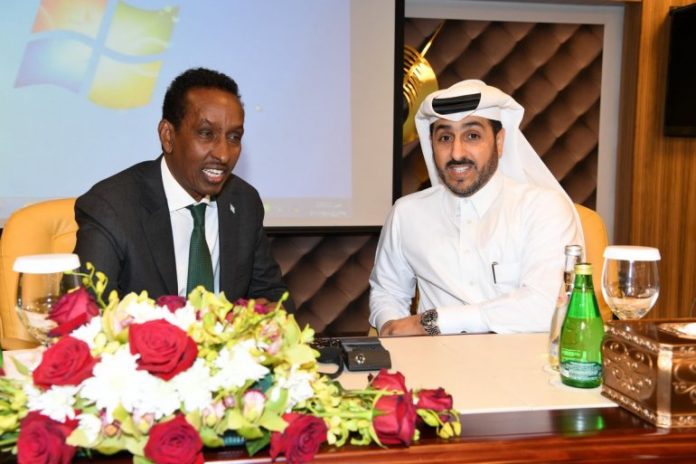 Doha: Minister of Foreign Affairs of the Federal Republic of Somalia, Ahmed Isse Awad, underlined that his country will not enter into any alliance or bloc of any kind against Qatar and Turkey, noting that this position has made some members of the Red Sea and the Arabian Sea and the Gulf of Aqaba entity, which is composed of eight countries, trying to exclude Somalia from this entity by limiting its to the coastal countries of the Red Sea.

In a seminar held at the Diplomatic Institute at the Ministry of Foreign Affairs under the title “The Horn of Africa: Prospects for Political Cooperation and Economic Integration”, the Minister invited the State of Qatar to participate strongly in investment in various areas of maritime infrastructure and others.

He underlined that Somalia has taken a neutral position from the Gulf crisis, saying that it is a sovereign decision and others must respect the sovereignty and independence of the Somali decision.

The Minister noted that the Gulf crisis affected Somalia because it decided to stay neutral in this Gulf dispute. Somalia is not like before and things have changed. It is keen on the independence of its decision and sovereignty and others should respect that sovereignty.

He added that Somali leadership seeks to achieve Africa comprehensive vision 2063, noting that Somalia and 44 African countries have launched a project to set up a joint African market, which will be a chance to end famine and create job opportunities for young people who make up a large proportion of the continent.